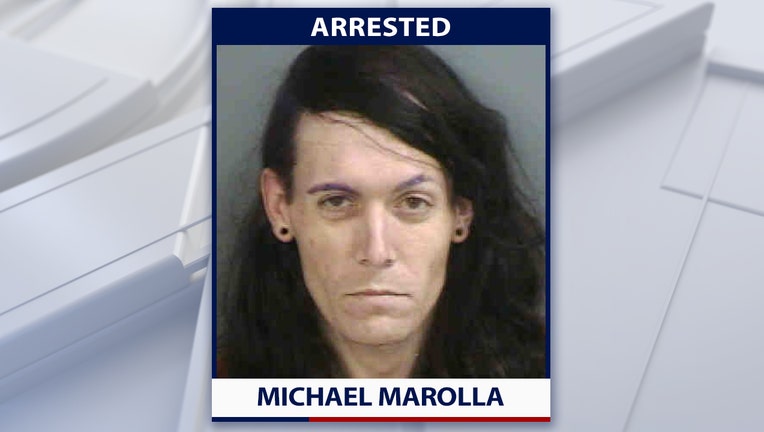 NAPLES, Fla. - Deputies in Southwest Florida got more than they bargained for during a traffic stop early Friday morning when they found guns, drugs and a baby alligator inside a pickup truck.

According to the Collier County Sheriff’s Office, deputies pulled over the black GMC Sierra truck around 12:30 a.m. because they recognized the driver from previous law enforcement encounters as having a suspended license.

When deputies went up to the truck they discovered a live baby alligator in an open plastic tub in the bed of the truck and two concealed firearms inside the vehicle. One gun was located in the glove box and the other was hidden under the front passenger seat.

Deputies arrested the front-seat passenger, Michael Marolla, 31, for having the concealed firearms. They also charged him with possession of a controlled substance and possession of narcotic equipment because deputies found several loaded syringes in Marolla’s jacket that tested positive for methamphetamine.

READ 'Leave it alone': Florida alligators on the move ahead of mating season start

Deputies notified the Florida Fish and Wildlife Conservation Commission about the alligator and they are investigating.