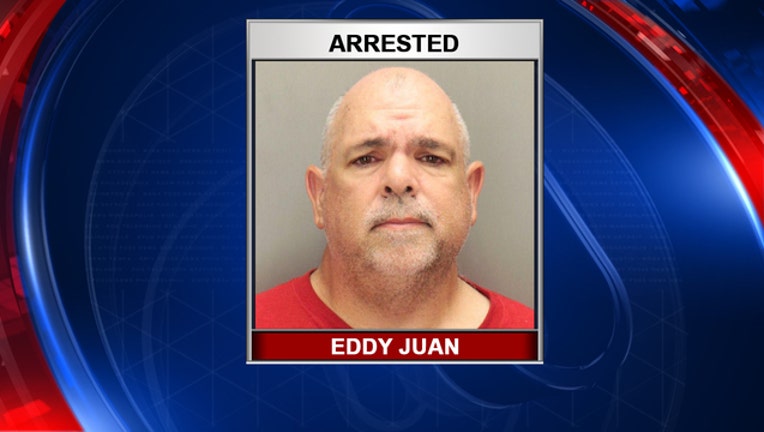 A man has been arrested after officials say he was caught smelling unsuspecting women’s feet in a college library.

It happened at Florida International University in Miami.

Miami Police were called after the man- later identified as 52-year-old Eddy Juan, a registered sex offender -was spotted crawling under library tables to get a whiff.

He got away, but police tracked him down Tuesday, saying he matched the suspect's description.

He was seen riding a scooter several miles from campus. They tried to stop him, but said Juan just rode off.

They eventually arrested him after he crashed the scooter.