Airport reunion, decades in the making

TAMPA, Fla. - Four siblings will be together for the first time ever this Thanksgiving after a happy reunion took place at Tampa International Airport.

Wednesday, 60 year-old Steve Hawthorne, a Dallas police officer, arrived into the arms of Gloria Casanova and Louis DeChapa -- his sister and brother.
They never knew that Hawthorne existed until an Ancestry DNA test revealed the connection.

Last summer, Ancestry DNA also led them to another sister, Elizabeth, who lives in Georgia. Casanova and DeChapa knew she existed, but hadn't been able to find her until the DNA trail lead them to her.

All four siblings will be together at Thanksgiving for the first time ever. 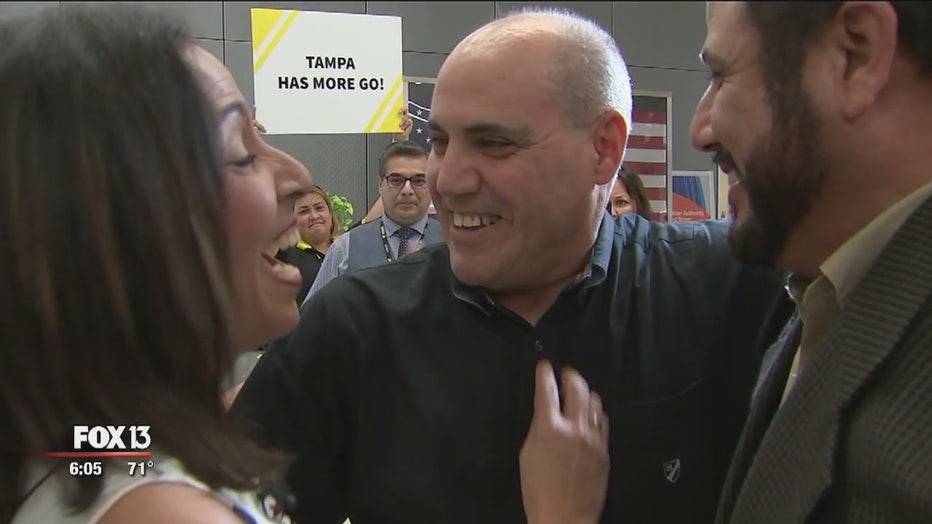 "It doesn't get any better than this," said Hawthorne. "I think God's timing was perfect putting these families together."

Hawthorne said he didn't know his heritage, but suspected his roots were Cajun. He never dreamed his heritage was in Tampa's Latin community.

His siblings are bilingual. They expect many conversations at Thanksgiving.

"We have 20 people coming over," said DeChapo. "It's going to be great. We have a new sister and a new brother."

He says, in the months to come, the children of the siblings will get together to meet their newly discovered cousins, too.