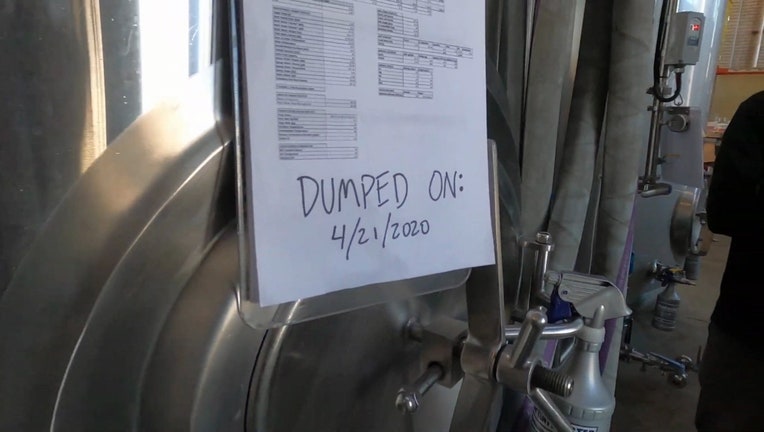 MINNEAPOLIS, Minn. - A brewery in Minnesota dumped 30 barrels of craft beer on April 21 – a move the owners say was necessary and may become routine after sales plummeted due to the state-ordered closure of bars and restaurants in response to the COVID-19 pandemic.

Video shared by Bauhaus Brew Labs in Minneapolis shows beer running down a drain as an employee shakes his head.

While the brewery’s owners said they were “100 percent on board with the government-mandated shutdown,” they said they were losing more than 60 percent of revenue since closures took effect on March 17.

“Our distribution channels have been severely curtailed, and we sit with our hands tied on a backlog of beer aging in tanks, along with pallets of perishable beer packaged in 12 oz and 16 oz cans,” the brewery said.

The owners called on the Minnesota Legislature to provide “relief for craft breweries,” and to allow the breweries to sell 4-packs or 6-packs of their own beer from their taprooms.

“By allowing taprooms to temporarily sell 12oz or 16oz packages for take-out, breweries like ours would be able to at least attempt to sell beer that is already packaged or ready to be packaged, and that our distribution and retail partners are not purchasing and will not likely purchase prior to its expiration date,” Bauhaus Brew Labs said.

The brewery said that without such relief “dumping beer down the drain will, unfortunately, become routine practice not just for Bauhaus, but for virtually every packaging brewery in the state that is sitting on packaged or ready-to-be-packaged product.”