TAMPA, Fla. - Hurricane season may be winding down, but it’s not over yet. And while a disturbance in the Gulf of Mexico may only have a moderate chance to develop, it will likely bring rain to the Southeast this weekend.

According to meteorologist Jim Weber, the area of interest is a disorganized cluster of storms just off the coast of Mexico. It’s expected to move northeast into the gulf over the next few days.

As often happens this time of year, a front moving across the U.S. will pick up the system and push it toward the Gulf Coast.

“I’m not saying we have a developing system heading in our direction, but we’re getting those ingredients, that tropical moisture. You get that front pushing down and it’s going to steer it on that northeasterly track across the Gulf of Mexico instead of moving over into Mexico or Texas.”

The National Hurricane Center gives the disturbance a 50-percent chance of forming into a tropical depression in the next few days. By Sunday, though, it should be coming ashore along the northern Gulf Coast, bringing moisture and higher rain chances to Florida. 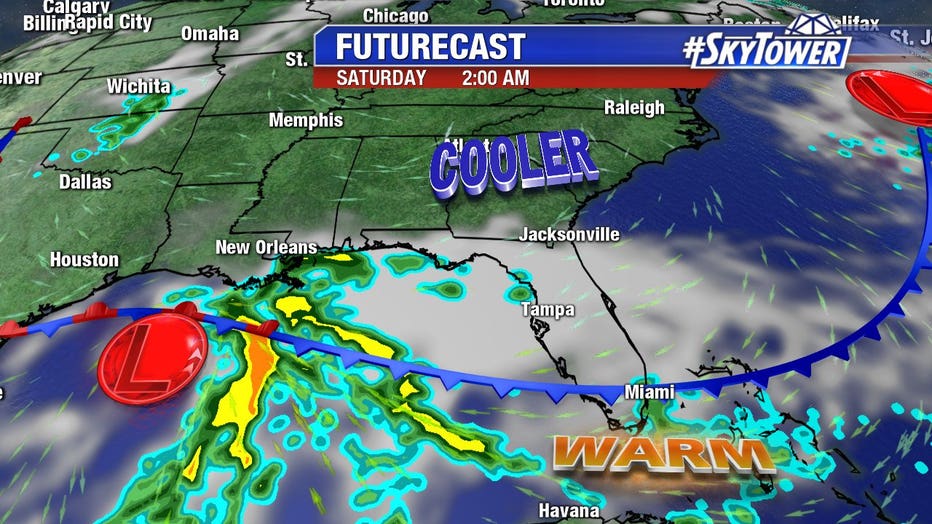