Kelly made the announcement during the 6 p.m. news on Tuesday, February 15, telling viewers, "I remember the first time I walked into this television station more than three decades ago. I was a wide-eyed reporter and didn’t know a single person, but wow, what a journey this has been."

Kelly began her career at FOX 13 in 1985. She graduated from the prestigious University of Missouri School of Journalism and held positions in Columbia and Winston-Salem, North Carolina before arriving in Tampa.

She quickly gained a reputation in Tampa as a caring yet tenacious street reporter. She was promoted to weekend anchor and then to the main anchor role in 1990. 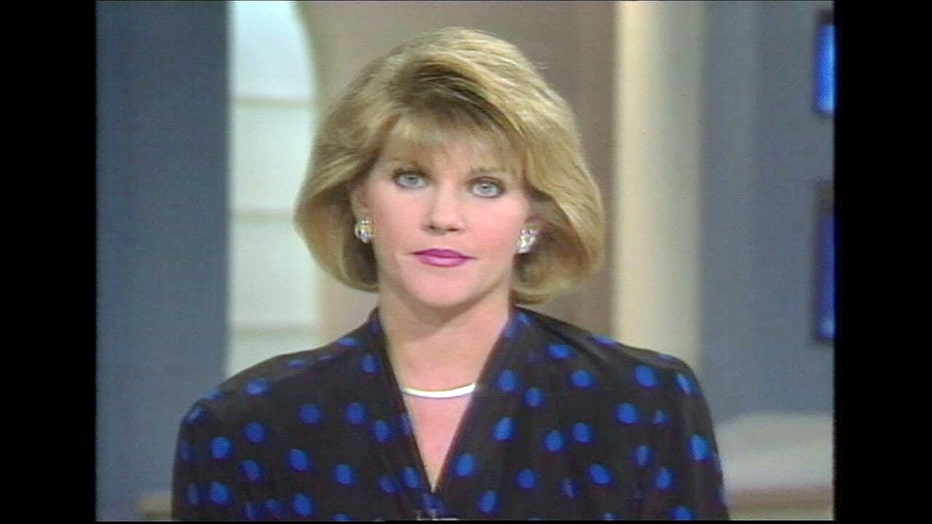 Throughout her career, Kelly has broken barriers, celebrated milestones, received three Emmy Awards and numerous other awards, but she says her greatest pride has always been telling stories that are important to people.

"I began my career with a passion for storytelling and that is something I have carried with me until this day."

Ring told viewers that her decision to end her television career was not an easy one, and that she was overwhelmed with a feeling of gratitude for viewers and co-workers. 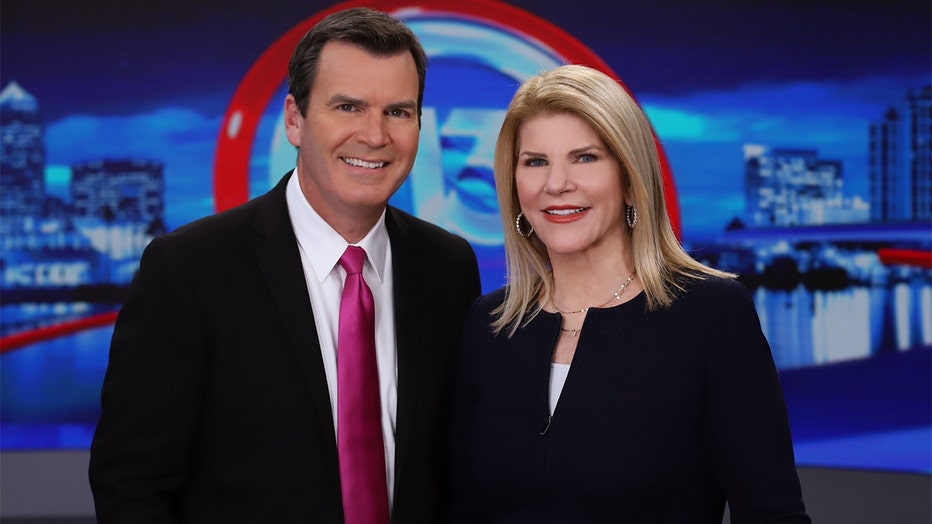 Kelly plans to spend more time with her husband and three grown children who, "are the center of my world."

"I have worked with Kelly for 35 years and I have never before met anyone with such an incredible combination of kindness, force of character, dedication and sense of service as I see in Kelly Ring," FOX 13 News Director John Hoffman said.

Telling the stories that matter

Ms. Ring traveled near and far to bring important stories to the people of Tampa Bay. 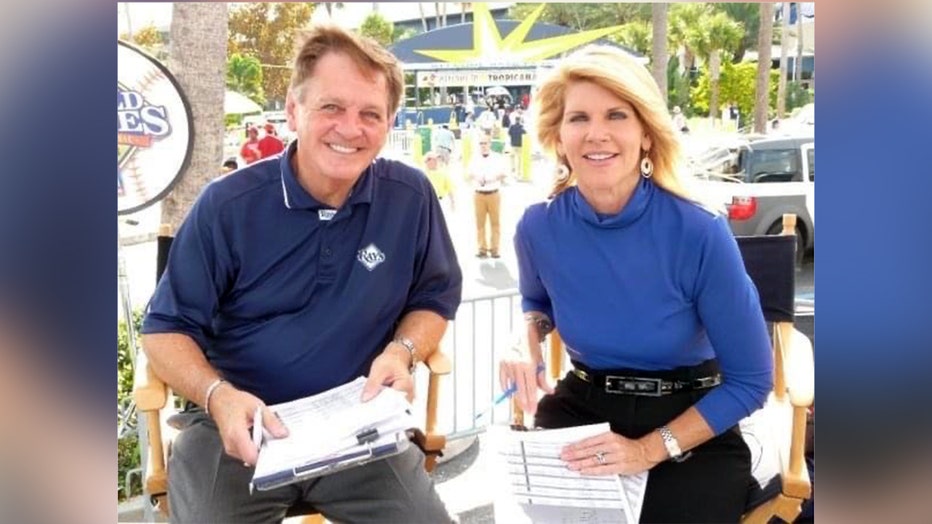 In 1991, her reporting took her to Cuba, where she documented people living in devastating conditions under the crush of communism.

The images of starving people left an indelible mark on Kelly and helped develop her sense of service.

She also traveled with troops from MacDill Air Force Base to Saudi Arabia, and brought back a story of the stark conditions for not only the women of Saudi Arabia, but the American women serving in our armed forces there. 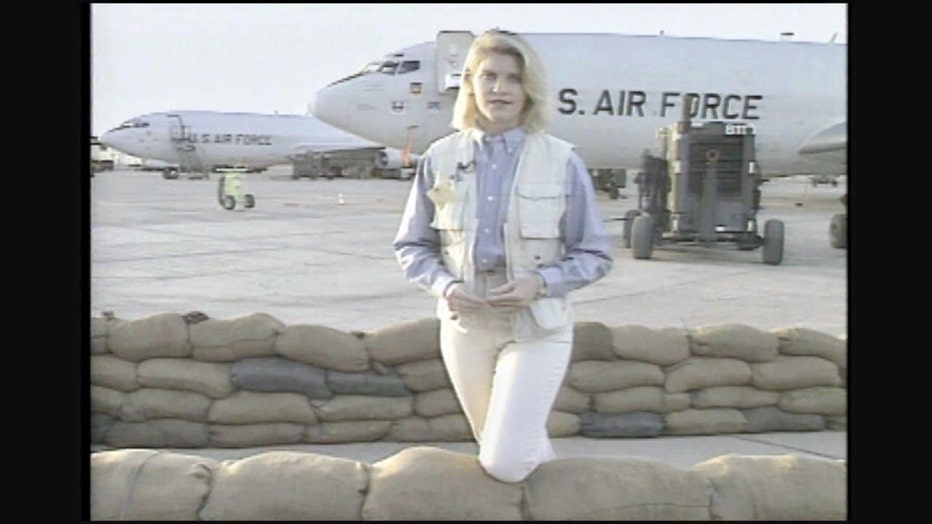 Perhaps the story that touched her the most was a trip to Russia with doctors from All Children’s Hospital.

Health care that most American parents would consider basic was severely lacking for children in some of the country’s most impoverished regions. Kelly’s stories brought hope to many families and opened eyes in the United States. 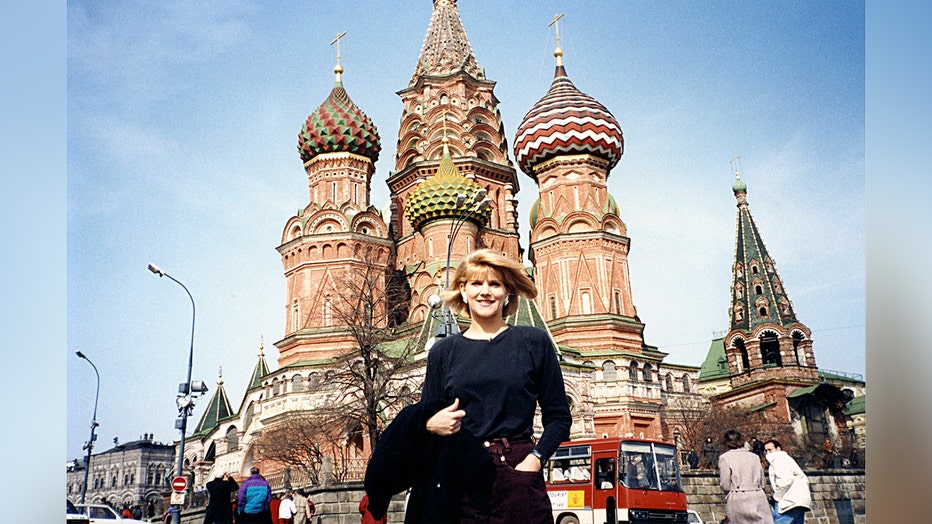 There is one collection of stories that Kelly holds closest to her heart. What’s Right with Tampa Bay is FOX 13’s longest running franchise and Kelly has been dedicated to it for a very long time.

The daily features have aired during FOX 13’s 6 p.m. newscast for decades, shining a light on thousands of stories of charity, sacrifice, and kindness.

As much as she has touched the hearts of viewers, Kelly has been an even brighter light for her co-workers, both behind the scenes and behind the desk. Her co-anchors at 6 and 10 p.m. know, first-hand, how big her shoes will be to fill. 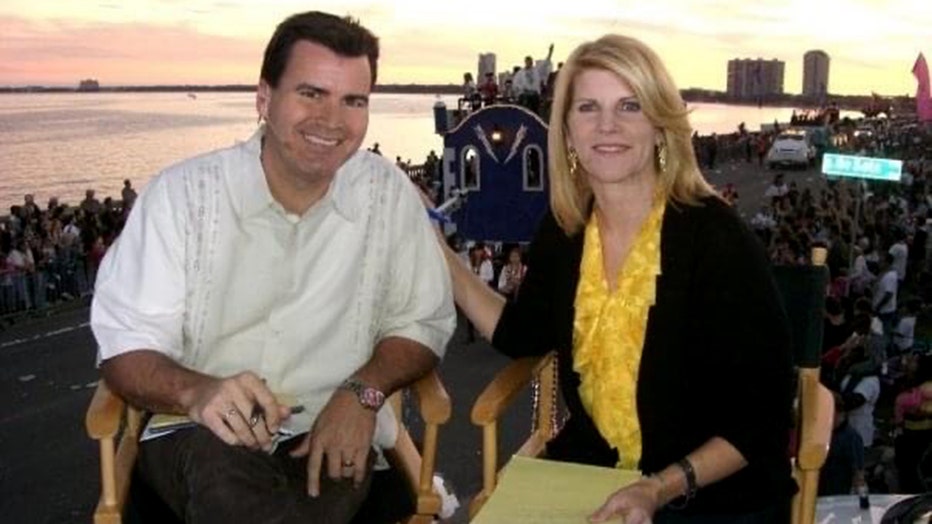 "I've had the best seat in the house for the past 8 years watching her pour her heart and soul into each and every story," said Mark Wilson. "That's why she's stood out in this business and in the Tampa Bay community - because she cares so deeply. And while I hate to see her go, I'm so happy she can finally enjoy more time with her family."

"I worked with many news anchors in 50 years of broadcasting and there was none like Kelly Ring, who became one of my best friends" added John Wilson, who announced his own retirement from FOX 13 in 2014. 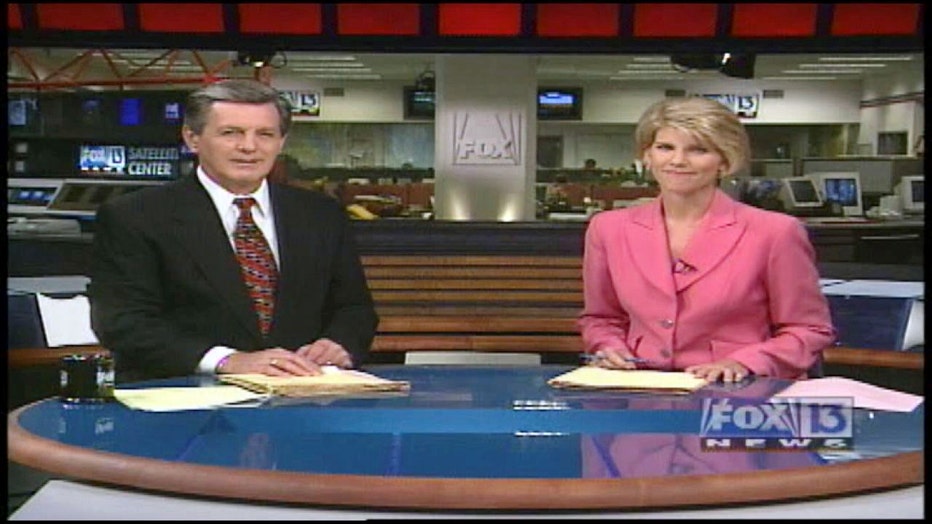 Kelly’s influence has been felt across the newsroom, from the morning shows to the nightly newscasts.

"When I first arrived at FOX 13, over 25 years ago, Kelly was one of my first friends at the television station," said Good Day Tampa Bay’s Russell Rhodes. "I’m pleased and honored to say that friendship continues today. While I can’t imagine ‘The Big 13’ without Kelly, I wish her the best." 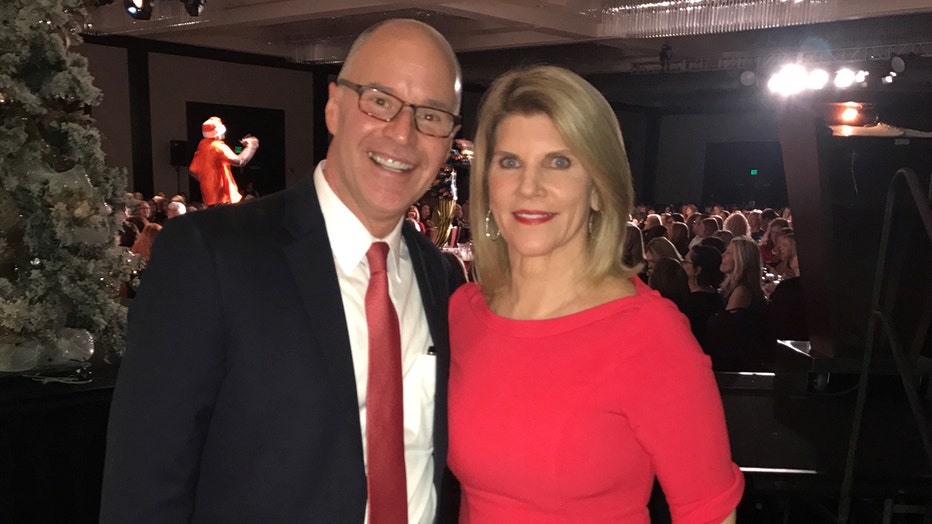 "Kelly is one of a kind," commented FOX 13 Chief Meteorologist Paul Dellegatto. "I have never met a person who always finds the positive in every situation. She cares greatly about our community and her job, but more than anything, her family is above all.

Everyone who knows Kelly has known her truest loves have always been her husband of 27 years, Ed, and their three children.

Her sons and daughter grew up watching ‘mom’ report the news on TV every night, and she always made them her priority. 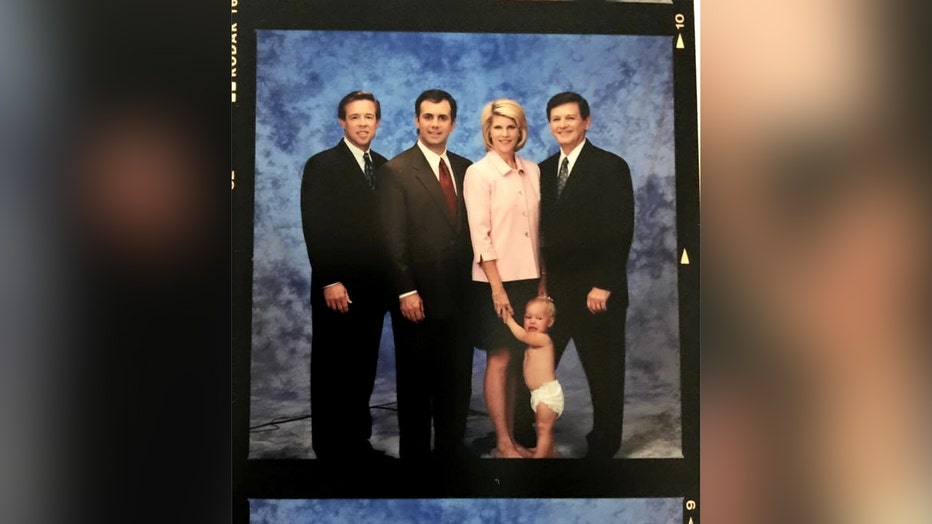 Now, Kelly is excited to spend time visiting her kids – all grown up – as they embark on their own life journeys.

Meanwhile, Kelly’s FOX 13 family is thankful for her legacy in the newsroom and in the field. 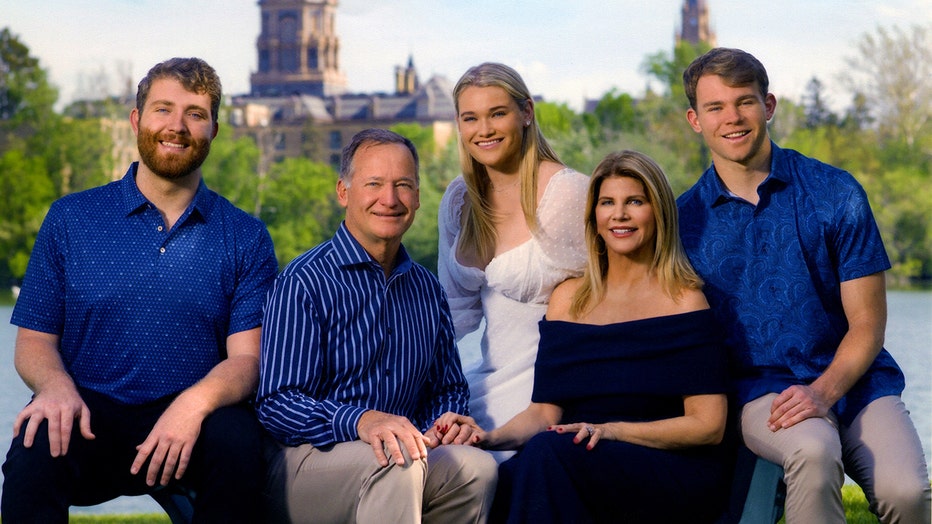 "My first day on the air here at FOX 13, Kelly Ring walked up and gave me a big welcoming hug," recalled FOX 13’s Linda Hurtado. "That’s who she is. Warm, friendly and the newsroom leader we all look up to."

Leaving a career she loves will not be easy for Kelly Ring, but she says it is time. 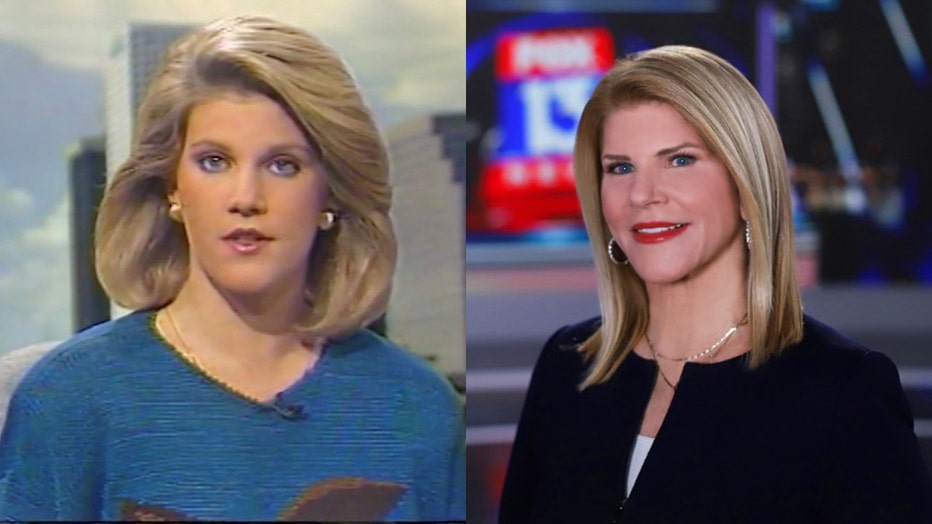 It’s difficult to say goodbye to something I love so much, and I’ve done for just about all of my adult life.

As I’m writing this, I’m overwhelmed with a feeling of gratitude on so many levels. Our loyal viewers who have allowed me to deliver the news every night, my amazing co-workers who are the absolute best in the business, and my beloved family, my husband and three children who are the center of my world.

I’ll walk away grateful that I have met so many of you and been able to travel far and wide telling your stories. I will never take a single moment for granted. My parents, who were the most loving, supportive mom and dad ever, always told me how blessed I was to have a career that I loved, and they were right… after much reflection, we’ve decided this is a good time to move to our next adventure. One thing’s for sure, the Tampa Bay area will always be our home and I will continue to serve this community that I love so much. 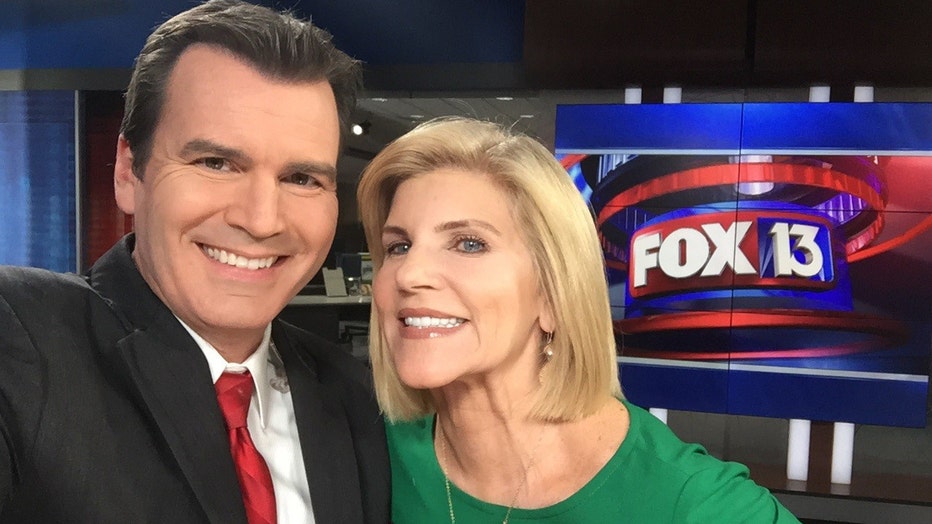