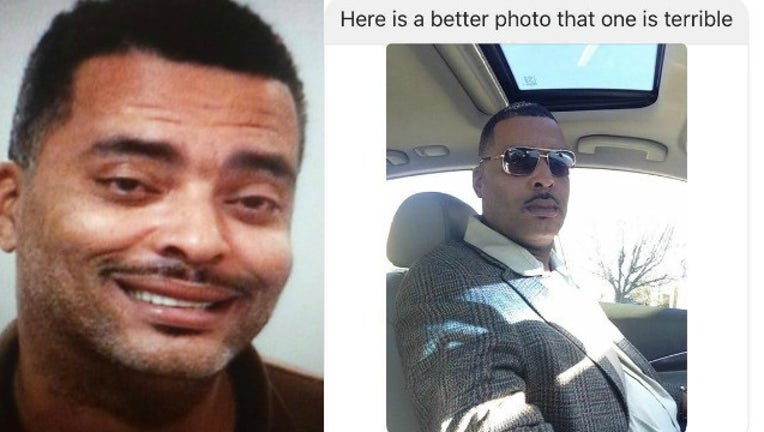 (FOX 32 News) - An Ohio man who is wanted by police didn’t like the mugshot posted of him on social media. So, he took a selfie and sent it to authorities. With the photo he said, "Here is a better photo that one is terrible".

Donald “Chip” Pugh, 45, is wanted for failure to appear in court regarding a drunken driving case.

After law enforcement received Pugh's selfie, they responded online with the following: "We thank him for being helpful, but now we would appreciate it if he would come speak to us at the LPD about his charges."

“Man, they just did me wrong,” Pugh said in a radio interview, according to LimaOhio.com. “They put a picture that made me look like I was a Thundercat or something.”

"He's drawing more attention to himself, which is going to make it easier for us to locate him, because the more attention that this post garners, the more people are going to see it, the more tips are going to come in about this guy," Lt. Andy Green told the website. "So our hope at this point is that he will come to his senses and turn himself in and stop making this worse for himself."

Anyone with information on Pugh's whereabouts can contact the Lima Police Department at (419) 227-4444.