First responders continue to work into the night after a devastating tornado hit the northern Michigan town of Gaylord Friday.

Police said Saturday morning that they found a second victim in at a mobile home park overnight, raising the death toll from the believed one. They were in their 70s.

Michigan State Police said all homes and buildings have been checked, and a second check is being conducted.

Gov. Gretchen Whitmer signed a declaration of a state of emergency and made the announcement from the scene of the disaster this evening, from where she called "the heart of northern Michigan" as she visited with residents and officials.

FOX 2's Randy Wimbley has learned the tornado touched down at 3:44 p.m. just west of Gaylord in a mobile home community, then moved into the main business strip, damaging a path of businesses, buildings, homes and cars. 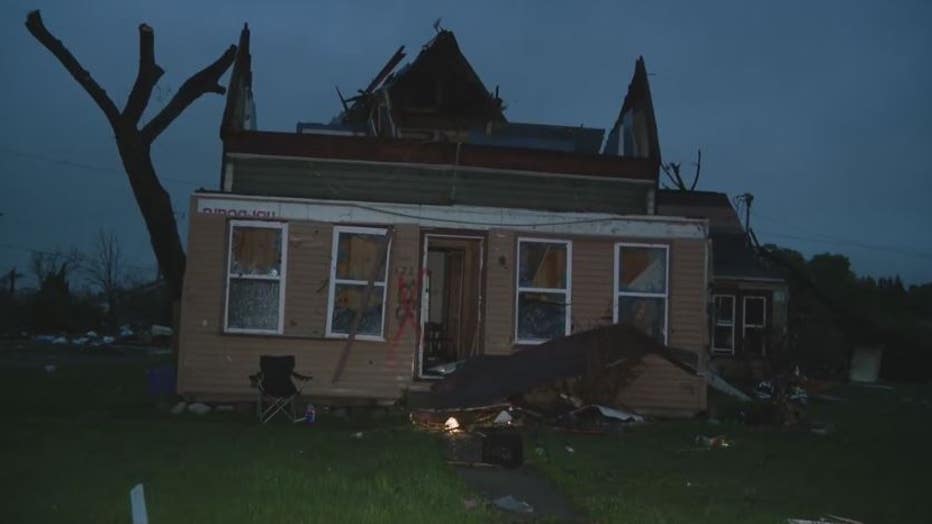 "By declaring a state of emergency we are making available all state resources in cooperation with local response and recovery efforts," Whitmer said."A declaration authorizes the Michigan State Police Emergency Management and Homeland Security to coordinate our state effort - above and beyond what MSP has already been doing in conjunction with these phenomenal local agencies."

As FOX 2 arrived at the scene, power lines were seen down everywhere, trees, branches down, and a number of homes severely damaged.

Resident Kevin Donahue was at a store with his wife at the time of the twister.

"As soon as we looked into the store, it was just mayhem.it blew the whole front door off, the front part of the building, tore half of the roof off. And then all around us, was just devastation. The building is just completely gone." 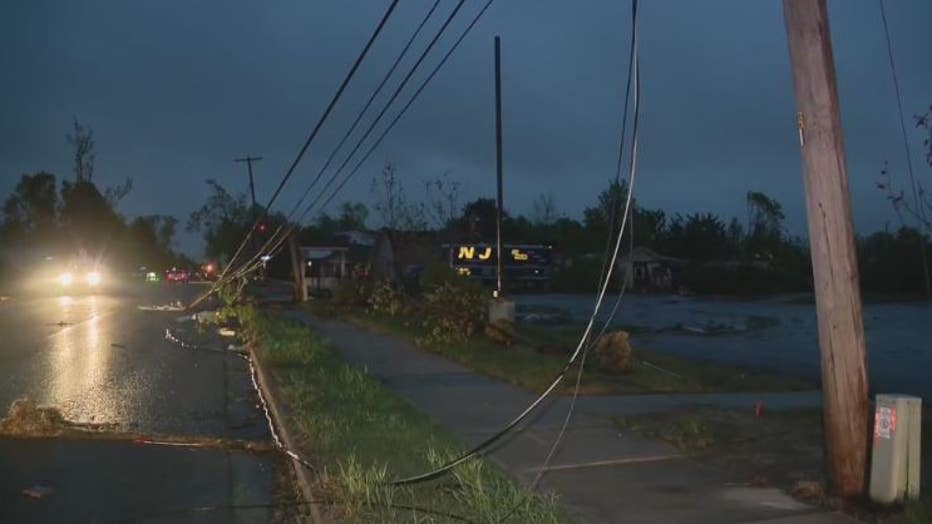 Authorities want people to avoid the area - if you had plans to come up this weekend, reschedule it and visit somewhere else. They don't want people coming to this area of first responders working to secure different roadways areas that are blocked off because of those down wires and trees.

One person is dead and at least 44 more injured as witness Kevin Donahue shared his story with FOX 2 of riding out the tornado.

Officials also want people to be aware that for residents in the area, cell towers are down, creating limited cell phone coverage and reliability and connection. Verizon has set up towers at the scene to assist with this.

Authorities are asking residents there to only use their cell phones if they have to call 911 in an emergency.

Among the 44 injured that have been reported thus far, officials say many of them are in critical condition.

The hospital in the area is running on reserve power where the majority of the injured are being treated. A few of the injured residents are getting help from three other hospitals in the surrounding area.

A curfew will be in effect when it is dark outside.

Stay with FOX 2 for more from this developing story.