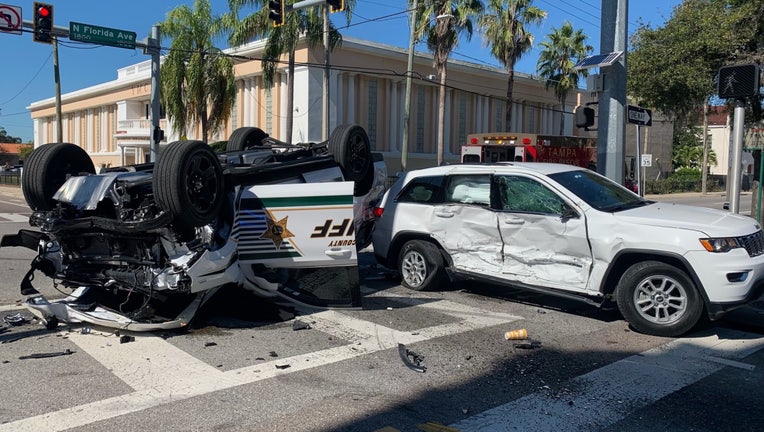 TAMPA, Fla. - A deputy with the Hillsborough County Sheriff's Office was involved in a rollover crash after another driver ran a red light on Tuesday, investigators said.

The crash happened at the intersection of North Florida Avenue and East Palm Avenue in Tampa. 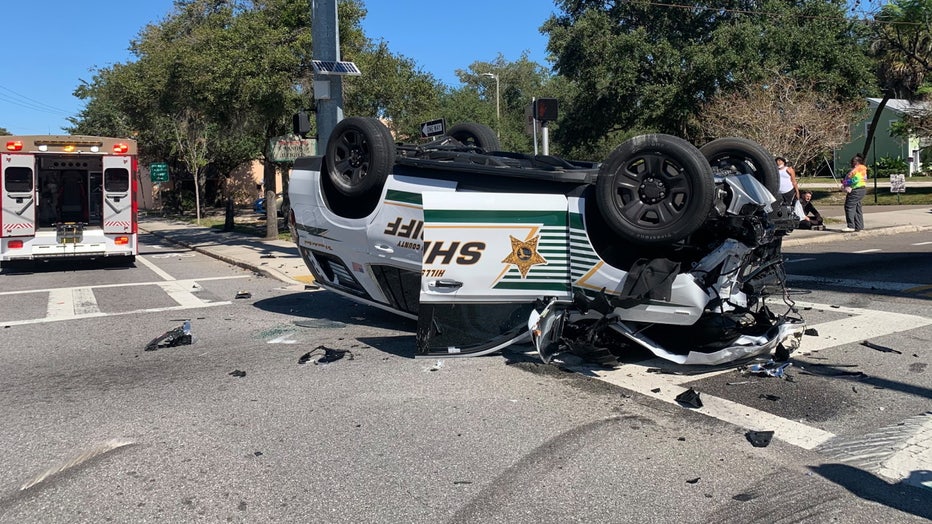 The sheriff's office shared several photos of the scene, showing the deputy's SUV overturned on its roof in the intersection.

Investigators said the other driver caused the crash, and used the social media post as a reminder for the public to drive safely and follow traffic signals.

"We are thankful everyone is okay and hope drivers pay more attention this holiday season as traffic picks up," the sheriff's office wrote. "We all just want to get home safely." 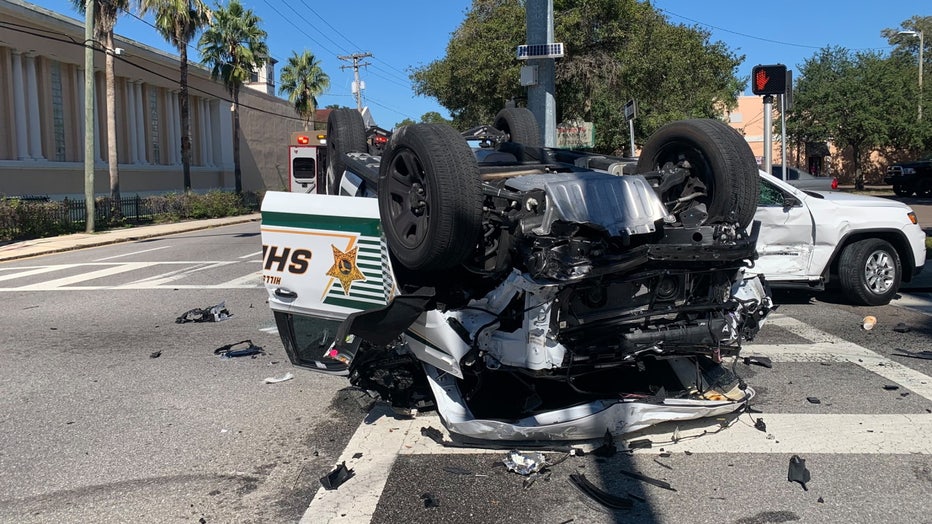