TAMPA, Fla. - Hundreds of people protesting the death of George Floyd shut down Tampa roads near the University of South Florida and then outside Busch Gardens Saturday afternoon and the unrest continued overnight. Tampa police officers and Hillsborough deputies are working to corral looters and prevent more damage to businesses, focusing on University Mall.

At least one deputy was injured, the sheriff's office said.

At 6:45 p.m., the crowd converged on Busch Blvd at N. 30th St, where they began looting the Mobil station, setting off fireworks, throwing rocks and bottles, and surrounding bicycle officers who had originally been tasked with ensuring their safety and right to protest.

A group of vandals then began throwing rocks at a vacant HCSO marked vehicle, breaking the windows, according to police. 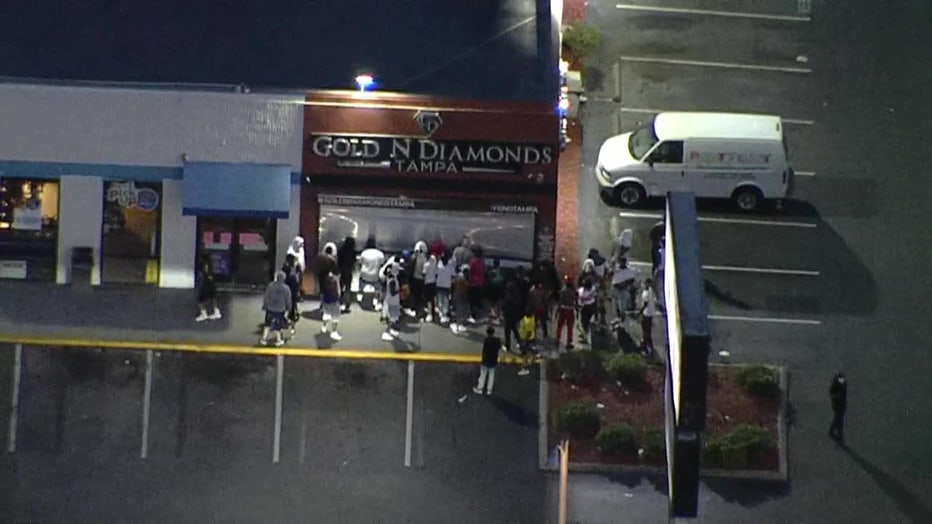 The Tampa Police Department Crowd Management Group was activated to ensure officer and public safety. A group within the protest began launching Roman candle-type fireworks at Tampa police officers, striking one officer, who was not injured.

The crowd congregated outside of the Tampa Police District Two office located at 9330 N. 30th Street, where some shattered the back windshield of a marked police vehicle. 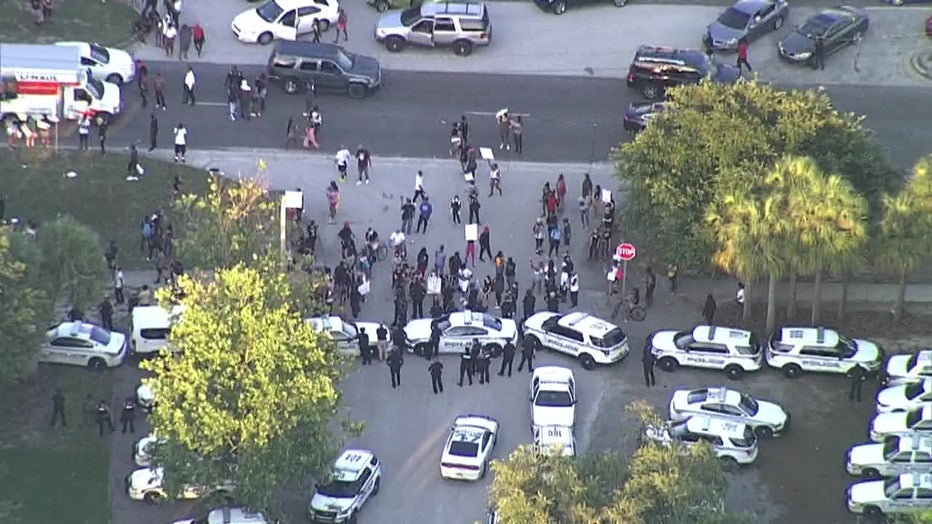 "While we understand the anger and frustration people in the community have for events that took place halfway across the country, we will not condone the actions of those who seek to injure others or damage property", said Tampa Police Chief Dugan. "We will work to ensure the safety of those who protest, but they should not confuse that with being an opportunity to break the law".

Busch Blvd.in the area of 30th Street is closed to traffic. Fowler Avenue near Bruce B. Downs Blvd. is also closed. A crowd of about 100 were seen in the area chanting and yelling at troopers and officers around 8 p.m.

A Mobil gas station at Busch Blvd. and 30th street was also set on fire. Busch Blvd is closed between N 26th & N 34th St as Tampa Fire Rescue put out the blaze, preventing it from spreading to the pumps. 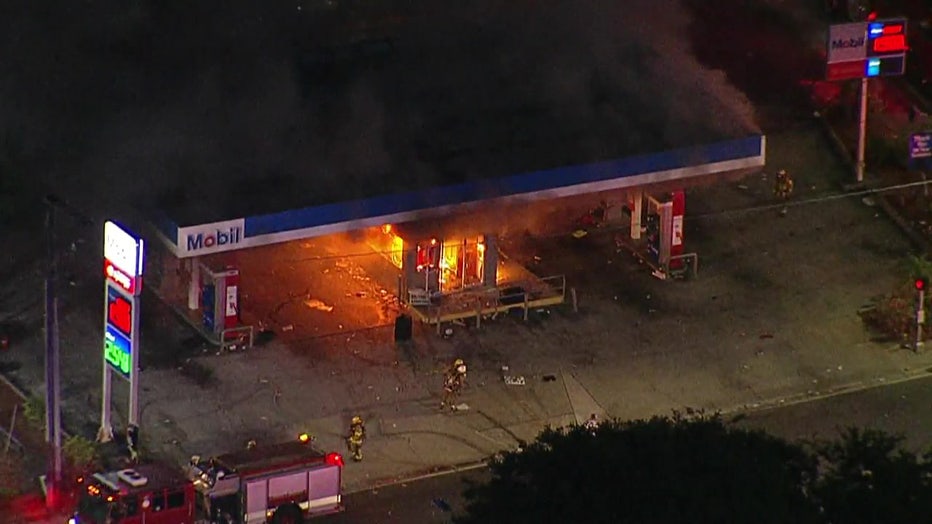 A large crowd also gathered at the CVS and Wawa in the area. The crowd stormed the CVS and many were seen coming out with handfuls of merchandise. The protesters also broke into an AT&T store and were seen stealing items from the store.

Hillsborough County Sheriff Chad Chronister said, “We are aware of the protests underway in Tampa, Temple Terrace and portions of unincorporated Hillsborough County. We support everyone’s right to assemble, and we will be on the streets as long as needed in order to keep the demonstrators and those around them safe. We are simply asking that everyone express themselves peacefully and with respect to fellow citizens and property.”

Around 11 p.m., a large crowd of around 300 people had gathered near Universirty Mall. The view from SkyFOX showed deputies using gas to try and disperse the crowd. According to the sheriff's office, some protesters had attempted to loot stores by breaking the exterior glass doors to get inside.

Deputies use gas to try and disperse crowds that were allegedly trying to break into the mall.

Moments later, the crowd appeared to break the window of a store connected to the mall, forcing deputies to swarm.

By that time, deputies had arrested three protestors; one person was found with a gun. Tampa police said they had arrested "a number of" protesters at the looting scenes.

One Hillsborough deputy was injured at the mall scene after being hit in the back of the head with a hard object. The deputy was taken to a hospital to be treated.

This is a developing story. FOX 13 has several crews on the scene and will have more details as they come available.