TAMPA, Fla. - Lisa Kay Murphy and two her daughters, Amber and Shayla, are accused of the ultimate betrayal. Lisa is facing aggravated manslaughter charges in the death of her husband, 44-year-old James Murphy.

James was in a car accident in 2016 that left him quadriplegic and in need of 24-hour care. Two years later, James Murphy was found dead in his Valrico home, with severe bedsores, that exposed bone and tissue.

Prosecutors say his wife and daughters never sought medical attention for his ailments, and he died.

Now Lisa Murphy’s lawyer says she is facing her own health issues.

"My client, she was re-hospitalized based on some seizures that she had, " explained David Hall.

And her daughter, 21-year-old Amber, isn't fairing much better, according to prosecutor Susan Lopez. 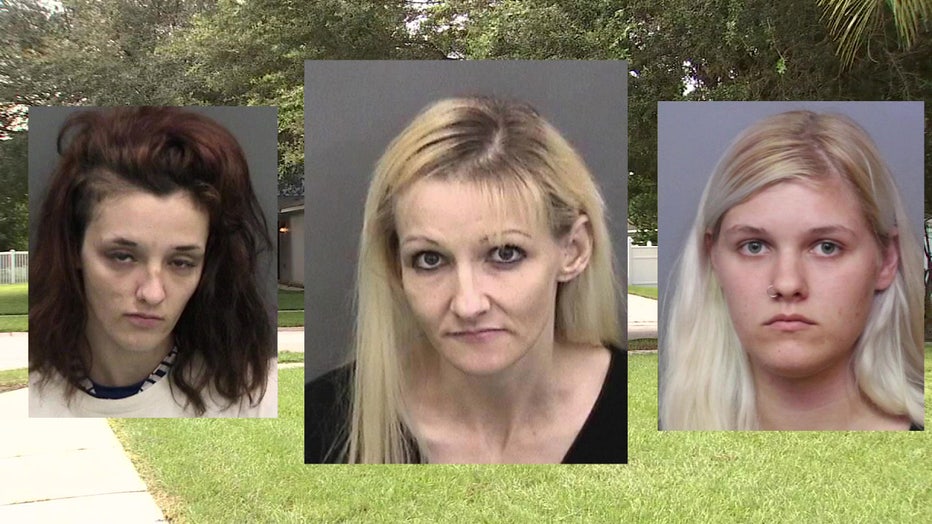 "She stole soup from Publix and I believe that’s because at the time she did not have a stable residence or employment and she was hungry," said Lopez.

Amber was later tracked down and thrown in jail after failing to show up to court. Her attorney says it was a mix-up; her mother had given her wrong information about her court appearance.

Amber wanted to be released out on bond, but Hillsborough Judge Michael Williams wasn't swayed.

"I remember when we called this up, nobody knew where she was. I'm going to leave her on no bond," ruled Williams.

If convicted, Lisa Murphy faces up to 30 years in prison. Her daughters each face up to five years behind bars.