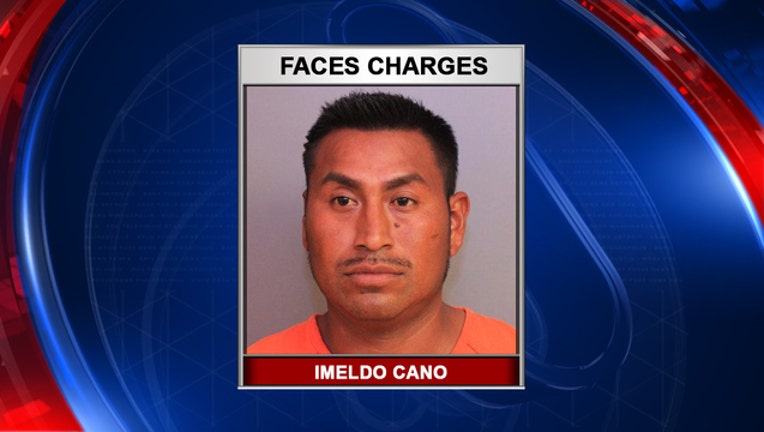 LAKELAND (FOX 13) - A Polk County man is in jail after admitting to detectives he raped a teen girl on four separate occasions, resulting in pregnancy.

PCSO detectives said the pregnancy and rapes were discovered when the victim was taken to a pediatrician for stomach pain. An ultrasound revealed the victim was three and a half months pregnant.

The victim told doctors the only person with whom she had sexual contact was 32-year-old Imeldo Cano.

The victim said Cano forced her into sexual intercourse four times since February 2015, according to detectives. The first time it happened, the victim was 13-years-old. She has since turned 14.

Detectives said the victim told them Cano would take her into his bedroom and lock the door. Information about how the Cano had access to the victim was redacted to protect her identity.

Detectives arrested Cano. During interviews with investigators, he admitted to having intercourse with the victim four times and said he knew the girl was 13-years-old when the first encounter occurred. Detectives said they asked Cano if he felt it was right for him to have sex with a teen girl and stated, "No."

Cano was booked into the Polk County Jail and charged with four counts sexual battery on a minor between 12-17 years old and one count person over 21-years-old impregnating a child under 16-years-old. Cano has one prior arrest in Polk County for driving without a valid license.