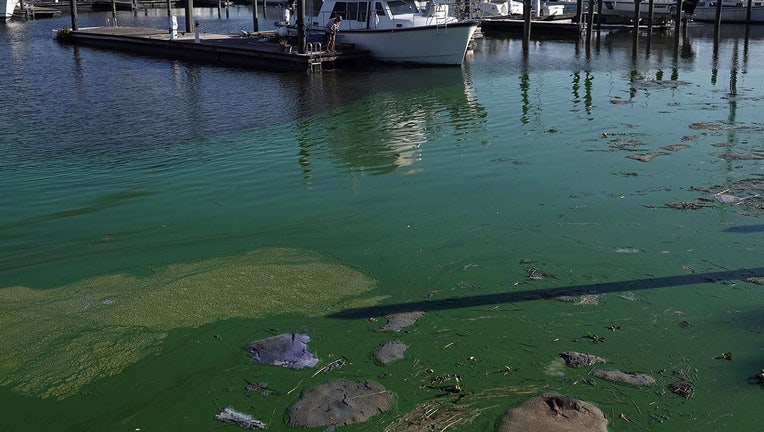 TALLAHASSEE, Fla. - Florida lawmakers Tuesday started moving forward with an effort to direct money in the fight against toxic algae toward long-term solutions and freshwater bodies.

The Senate Environment and Natural Resources Committee unanimously backed a proposal (SB 834) by Chairman Jason Brodeur, R-Sanford, that, in part, would require the Department of Environmental Protection to give preference to technologies intended to reduce nitrates and toxins that can spur harmful algae blooms. The technologies also would be aimed at improving freshwater bodies.

"As we wrestle with algae blooms in the state of Florida, let's start to move towards those things that have been proven to be effective," Brodeur said.

A Department of Environmental Protection grant program is currently available to government agencies for projects that do such things as evaluate and implement technologies and offer short-term solutions involving algae blooms and nutrients.

The state department has issued $14.9 million in grants to 20 local government, university and water management projects, of which seven are dedicated to nutrient reduction and nine to addressing algae in waterways. The other four have gone to proposals seeking to better predict the formation of algae blooms.

DeSantis recently announced that his 2022-2023 budget proposal will include $35 million to combat algae blooms and increase water quality monitoring. The proposal includes $15 million for technologies and $5 million to aid red-tide cleanup efforts by local governments. The governor is expected next week to release a full budget plan that lawmakers will use as a starting point during the session, which will begin in January.

Also this month, the Florida Fish and Wildlife Conservation Commission and the U.S. Fish and Wildlife Service set up a Joint Incident Management Team to respond to the "unusual mortality event" of manatees along the state’s Atlantic coast, including in the Indian River Lagoon.

More than 1,000 manatees have died this year in Florida waters, a record for a single year. Nearly two-thirds of the deaths have occurred along the East Coast, with the main cause attributed to starvation due to a decline in seagrass beds because of repeated algae blooms over the past decade.

Record number of manatee deaths: What can be done?

Florida recorded a record number of manatee deaths for the year: more than 1,000. It's a grim milestone and the highest number since the state began tracking manatees in the 1970s. Dr. Cynthia Stringfield with ZooTampa explains the cause and what can be done, long-term, to help the sea cow population.

MORE: ZooTampa: Manatees are starving in Florida, but you shouldn’t feed them in the wild

The state estimates that 58 percent of the seagrasses have been lost in the northern Indian River Lagoon.

A House bill (HB 421) similar to Brodeur’s measure has not been scheduled for its first appearance before the House Environment, Agriculture & Flooding Subcommittee. The House bill is sponsored by Rep. Keith Truenow, R-Tavares, and Rep. David Smith, R-Winter Springs.