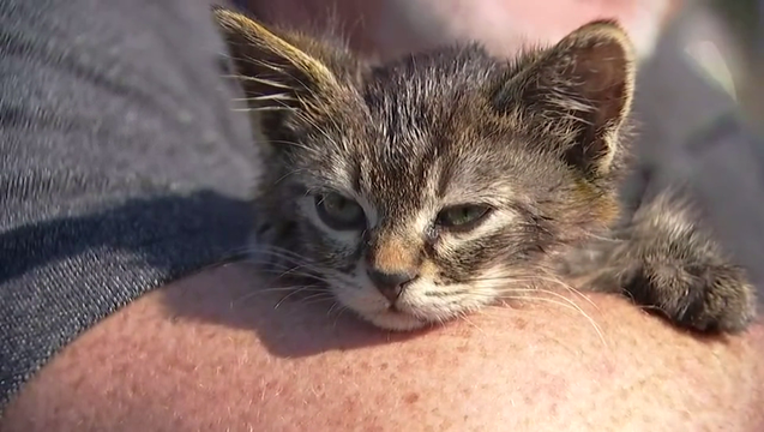 A man in Oregon says he found a kitten glued to a busy road. (Still via KPTV)

KPTV says Chuck Hawley rescued the kitten, which had some sort of glue on its paws, neck and tail.

Veterinarian Jenny Bate says it's clear the glue was intentionally put on the kitten's paws.

She was able to remove the glue using mineral oil and the kitten should fully recover.

Hawley says it's incredible the kitten wasn't hit by a car.

He saw several vehicles swerve around it before he could rescue it.

Hawley tells KPTV he and his wife will adopt the kitten. They have named it Sticky.

The kitten now has a Facebook page, Sticky the Kitty.