Parents become advocates thanks to March of Dimes

TAMPA, Fla. - The March of Dimes wants to give every baby a fighting chance. The information that one family learned from March of Dimes helped save their baby's life and their story is what's right with Tampa Bay.

The Coldiron family's youngest son, Maverick was born earlier this year had a tough entry into the world.

"As soon as he was born, we noticed a lot of weird movements on the left side of his body, including his eye twitching. It was pretty repetitive," Maverick's mom, Bree Coldiron recalled.

She contacted her nurse.

"I wanted them to take him to the NICU," said Bree. "If it was nothing, then I was just being a helicopter mom… My gut just told me something wasn't right."

It turned out that it was something. Maverick was diagnosed with leukodystrophy.

"It's a rare terminal brain disease. He's one in 100,000 kids. What it literally means, though, is ‘smooth brain.’ So when he was developing in the womb, the ridges in his brain did not develop correctly. So it's smooth, which is what causes the seizures," Bree added. 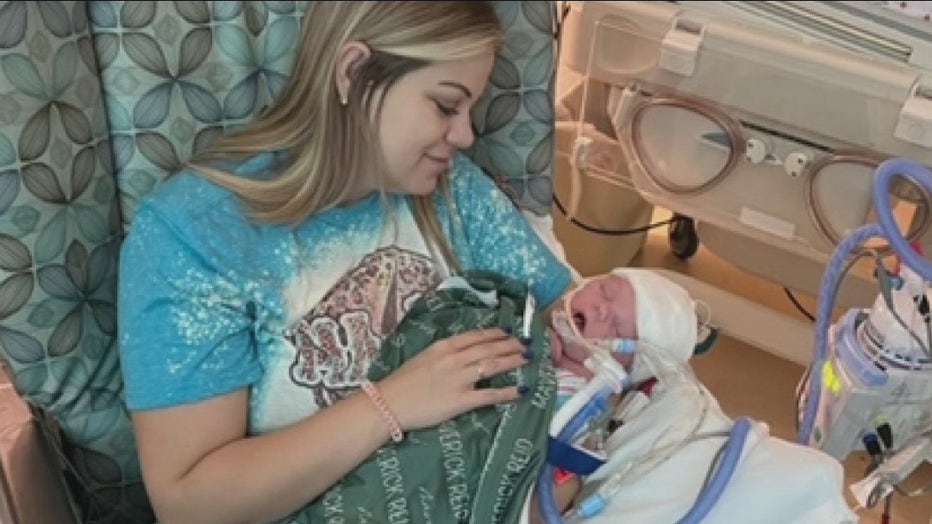 Bree was told her son wouldn't survive the night. So she ran to the NICU to be with him and let him know she was there.

"It took about five nurses to get him from his incubator to me, so it was no easy task. I think I held him for probably six hours. I didn't move. I let every bone in my body go numb. Every muscle was numb," Bree explained.

Despite the odds, Maverick started to improve.

"I 100% believe that me being able to touch him and hold him and him to get to touch me and smell me is the reason he was able to come out of whatever it was that was going on in his body," Bree said.

She credits the March of Dimes with empowering her to be an advocate for her child, and wants the same for other parents.

"I want them to be able to feel comfortable to speak up for themselves," Bree said.

As for Maverick, he still has a lot of battles to fight, but the love of his family is helping him heal.

March of Dimes is having its 24th annual Signature Chefs Auction on Wednesday. For more information on how to participate in the upcoming March for Babies, visit www.signaturechefs.marchofdimes.org.