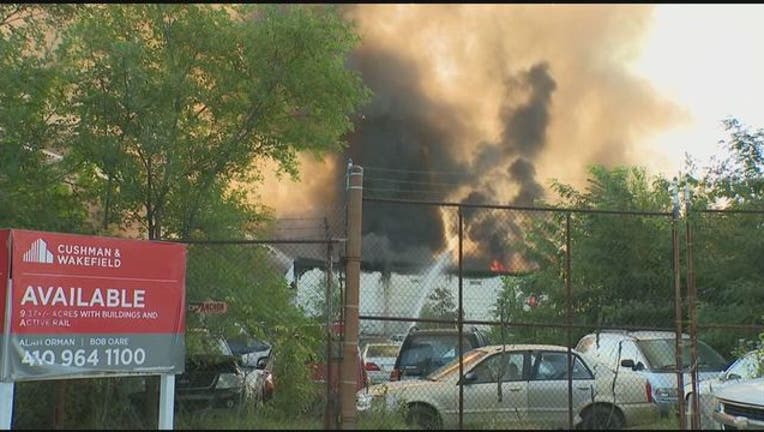 The station reports it is a four-alarm fire in the Brooklyn neighborhood at East Patapsco Avenue and 9th Street. The warehouse is reportedly 94,000 square feet.

Heavy flames and plume of smoke is hard to miss after the fire started around 7 a.m. No injuries have been reported.