"We’ve seen an unprecedented amount of people taking the SunRunner, and we couldn’t be happier with our numbers so far," Stephanie Rank, the communications and public relations manager at PSTA, said.

Rank said about 4,000 people ride the SunRunner daily. She said some people use it to go to work while visitors and others – including University of South Florida St. Pete students – use it to get to the beach.

She said PSTA is talking about increasing the SunRunner’s frequency and hours, but nothing is set in stone. Right now, it comes every 15 minutes during the day, and every 30 minutes at night. It’s open seven days a week from 6 a.m. to midnight. 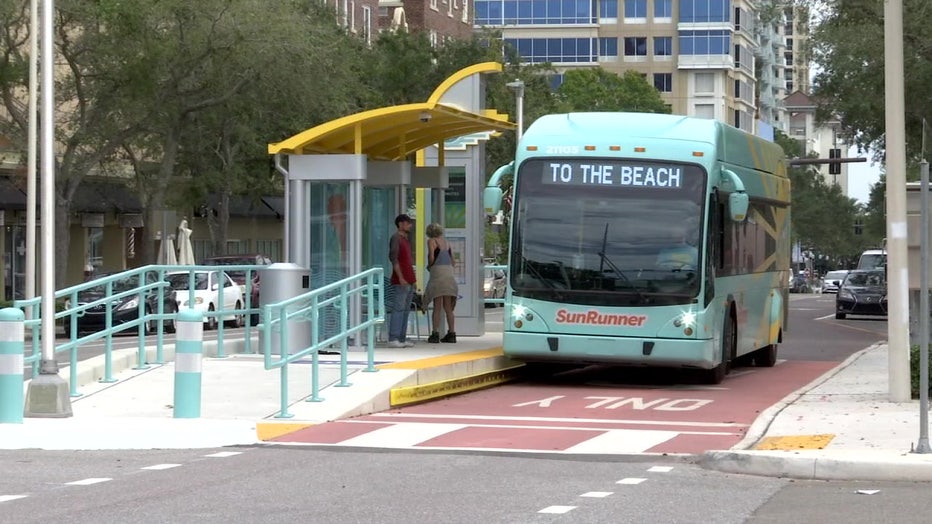 PSTA is partnering with local businesses along the route. They’re giving out discounts, called Gold Cards, to the stores on PSTA’s social media pages.

She said she's heard from some the businesses saying they've gotten new customers that they didn't have before. One of those businesses is Tombolo Books in downtown St. Pete.

READ: Streetcar in downtown Tampa celebrates 20 years as a staple for tourists, locals

"It has been wonderful to have the bus stop here so that more people are discovering us," Alsace Walentine, the co-owner of Tombolo Books, said.

Vinny Alleva, the general manager of St. Pete Brewing Company, said he has seen more foot traffic since the SunRunner’s launch too. His business is also along the route. 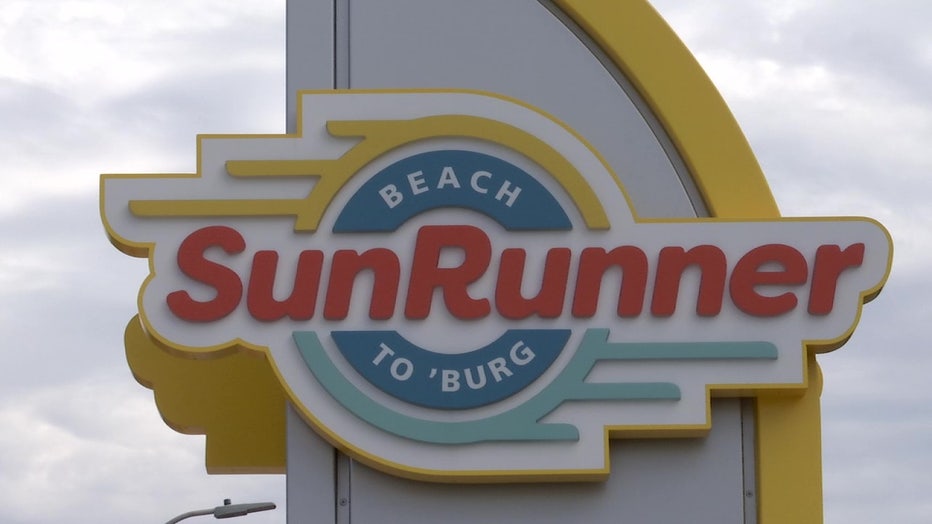 "When people get out at the Fifth Ave stop here, instead of walking directly over to Central, they’ll often mosey up the block or half block to the brewery because it looks lively," Alleva said. "There are people sitting out front. It’s a colorful building and noticeable from the bus stop."

Alleva said he even takes the SunRunner to work every day.

"I think it filled a void that was a necessary void to fill for the residents and tourists alike from making the connection from the beach to the burg and vice versa," Alleva said. "It’s such a simple way to move people, and it’s quick convenient and reliable."

The SunRunner is free to riders until April.