TAMPA, Fla. - Seven people were arrested by Tampa police after they refused to stop protesting in the middle of a busy highway Saturday afternoon.

The group of about 100 gathered at the intersection of Dale Mabry Highway and Spruce Street just after noon.

Over the course of an hour, police say they warned the crowd four separate times to disperse. After not complying, police identified alleged organizers of the group and made arrests. 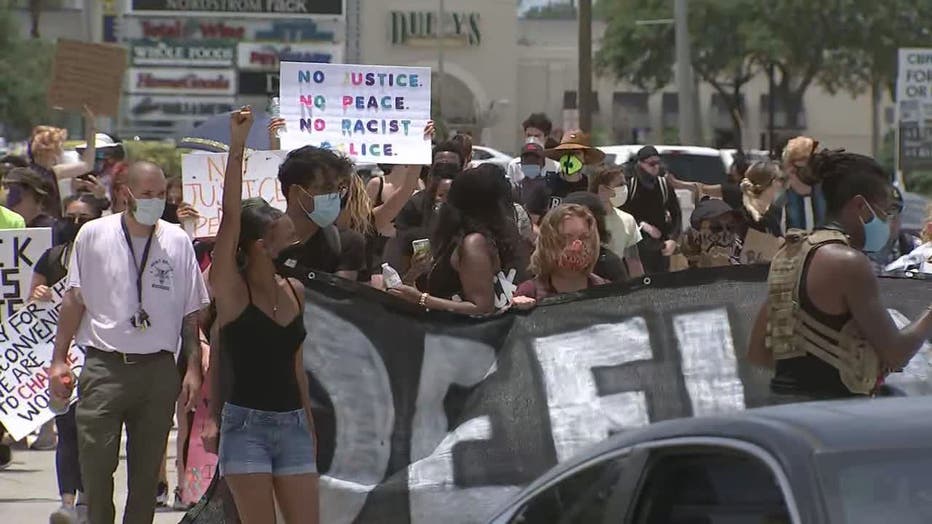 During the arrests, police say bottles were thrown and some of the protesters began pushing against bike officers. At that point, police deployed pepper spray to push the group back.

No injuries were reported but two cars were damaged during the protest.