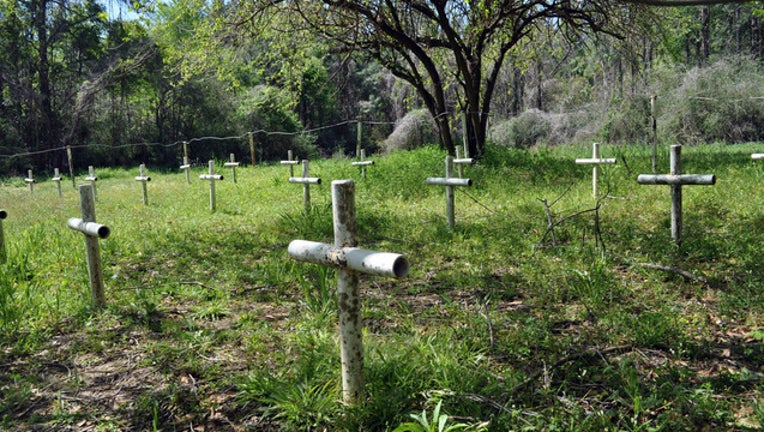 TALLAHASSEE, Fla. (NSF) - No additional human remains were discovered as forensic experts completed a review of 27 sites around a shuttered Northwest Florida reform school where the remains of more than 50 people were unearthed in 2015.

The first phase of a renewed investigation at the grounds of the former Arthur G. Dozier School for Boys in Marianna determined the 27 "anomalies" were mostly evidence of tree roots from a previously removed pine tree forest, according to a news release Tuesday from the Florida Department of State.

"While the recently reported anomalies were found using remote sensing technology above the ground, we were able to look below the surface and clearly determine no graves or human remains are present," Erin Kimmerle, the University of South Florida forensic anthropologist who oversaw the initial excavation, said in a statement.

More than 500 former Dozier students have alleged brutal beatings, mental abuse and sexual abuse at the school, which closed in 2011 after 111 years of operation.

In 2017, the Florida House and Senate passed resolutions formally apologizing for the abuse of juveniles sent to Dozier and a related facility in Okeechobee. The resolutions acknowledged that treatment of boys sent to the facilities was cruel, unjust and "a violation of human decency."

The resolutions accompanied a law that required the state to turn over about 360 acres containing the Dozier site's North Campus, South Campus and Boot Hill Cemetery to Jackson County.

A second phase of the renewed investigation will use Lidar technology --- a remote surveying method --- to determine if there are other areas that need investigation.

Secretary of State Laurel Lee said in a statement that her "department is committed to seeing the entirety of the investigation through."