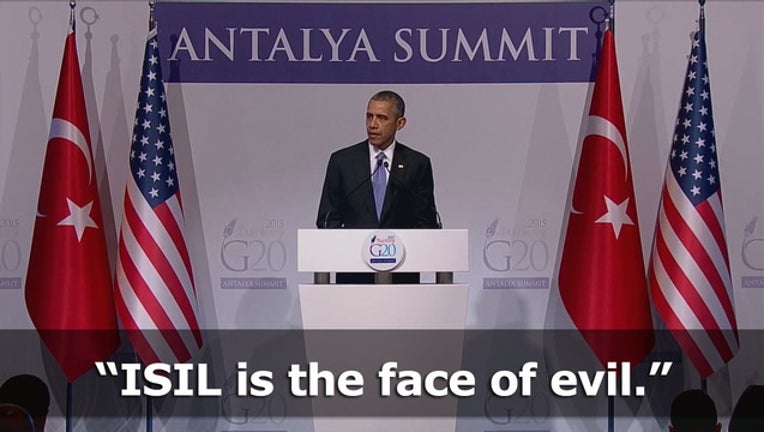 ANTALYA, Turkey (AP) — President Barack Obama on Monday conceded that the Paris terror attacks were a "terrible and sickening setback" in the fight against the Islamic State, but showed no indication of substantially changing his approach to defeating the extremist group.

Closing two days of talks with world leaders, the president forcefully dismissed calls from critics — including some Republican presidential candidates — to send U.S. ground troops into Syria. He said taking that step "would be a mistake" and wouldn't work unless the U.S. was committed to being a permanent occupying force in the region.

Speaking in a measured tone, Obama said the U.S. would intensify its campaign of airstrikes and arming and training moderate forces. And he called on other nations to step up their involvement in the fight against the extremists.

The president also announced a new effort to share intelligence with France following the coordinated terror spree across Paris that killed at least 129 people.