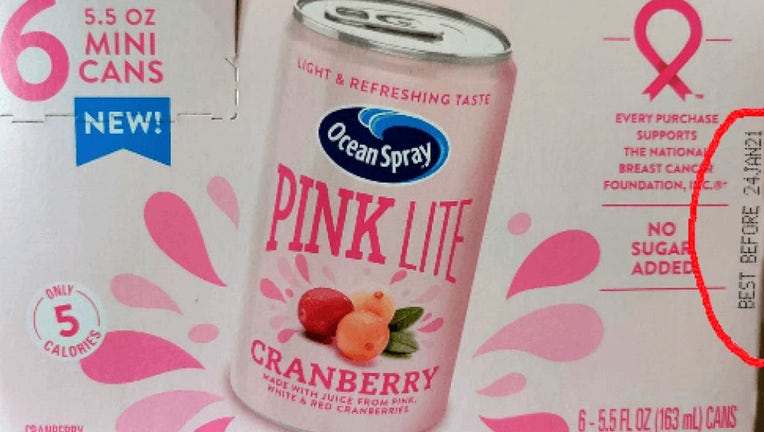 The drinks were recalled because they "may contain undeclared sulfites," a chemical compound used to preserve foods and prevent browning, "which were erroneously added by a contract manufacturer," the FDA said.

Undeclared sulfites are "frequently found in dried fruits, canned fruits and vegetables," according to the FDA, and they can be hazardous to sensitive individuals at certain levels and cause allergic reactions.

The recall was initiated after the company investigated consumer complaints of an "off" odor in the drinks in the recalled lot. A contract manufacturer revealed the manufacturing error following an analysis by food and safety personnel.

More information about the recall can be found here. No other Ocean Spray products were affected.