Santa may not be coming to town due to COVID-19

There is a Santa shortage this year and it is largely due to COVID-19, according to Hire Santa.

The company announced the launch of Santa Bootcamp — a virtual training course that encourages participation from a broad array of backgrounds, ethnicities and cultural heritages to offer more representation in the role of Santa.

RELATED: Santa Claus may not be coming to town this year amid hired Santa shortage

In the 30-minute virtual course, trainees will learn the fundamentals of becoming Santa, including how to respond to kids’ frequently asked Santa questions, key phrases in both sign language and Spanish, and tactics for how to take the perfect photo.

"It’s not the red suit or white hair and beard that create holiday magic, it’s what you have in your heart," said Timothy Connaghan, a partner with the initiative and founder of School4Santas — one of the largest Santa booking agencies in the U.S. "A good Santa should spread joy and exude the holiday spirit, regardless of their appearance." 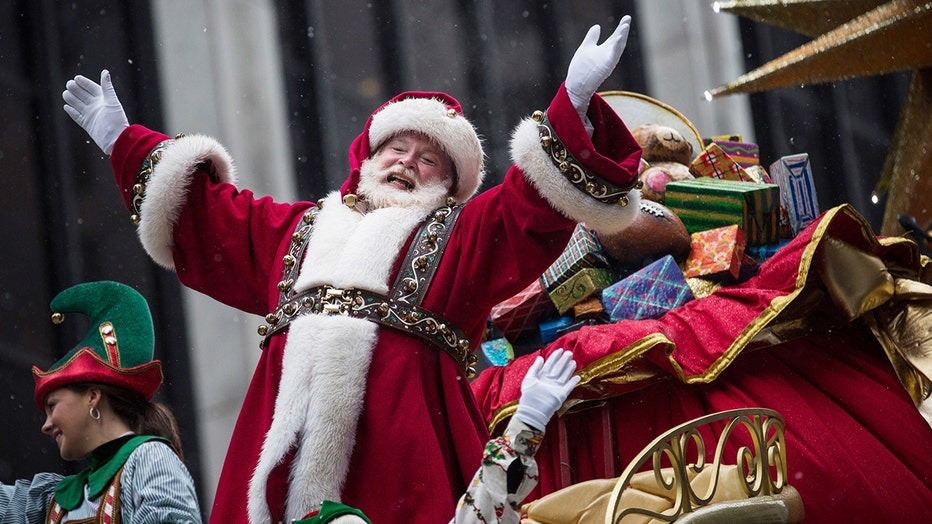 Santa Claus waves to the crowd during the Macy's Thanksgiving Day Parade on November 27, 2014 in New York City. The annual tradition marks the start of the holiday season. (Photo by Andrew Burton/Getty Images)

Individuals can visit www.OldNavySantaBootcamp.com to register for the free, inclusive training program, which will take place online on Friday, Nov. 19.

The clothing company said it invites any person who wants to play the role of Santa this year – professionally, in their community, or for their family – to sign up.

In addition, Old Navy will also be casting a range of diverse Santas to appear in its flagship stores in New York City (Herald Square), San Francisco (Market Street) and Chicago (State Street).

Last year, Old Navy introduced skin-tone Santa prints, depicting Santa in three different skin tones across styles for the family. This year, the brand hopes to extend that concept from products to the real world.