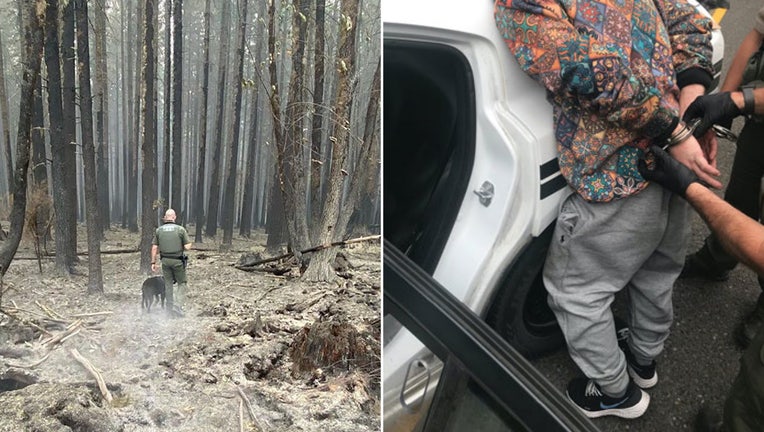 An Oregon sheriff’s department arrested 21 people in Level 2 and 3 wildfire evacuation zones over the past two weeks on various charges involving alleged looters accused of trespassing and stealing property left behind by homeowners who fled from the blaze.

The Clackamas County Sheriff’s Office said Monday that from 6 a.m. Sept. 8 to 4 p.m. Sept. 21 – a period spanning 14 days and 6 hours -- deputies made 21 arrests in Level 2 and Level 3 evacuation zones, with some suspects booked on multiple charges.

Deputies have also taken 54 criminal reports in these evacuation zones, and there have been 743 self-initiated activity calls in the area, including 96 subject stops, 99 premise checks, 295 traffic stops, and 253 suspicious vehicle stops. Deputies have also conducted 94 welfare checks and unaccounted person follow-ups, according to the sheriff’s office’s latest update.

During the same time period in 2019, deputies made 13 arrests in these same patrol areas, completed 16 crime reports, engaged in 148 self-initiated activities, and made 28 welfare checks and follow-ups.

Clackamas County is third-most populous county in Oregon with more than 375,000 residents and borders nearby Multnomah County, where Portland is located.

Last week, Clackamas County Sheriff Craig Roberts said his office received reports that armed individuals have been illegally stopping drivers in evacuations zones at gunpoint to ward away potential looters. He said people should stop and call the sheriff's office to report suspicious activity instead, as some drivers may be returning home to retrieve personal items. 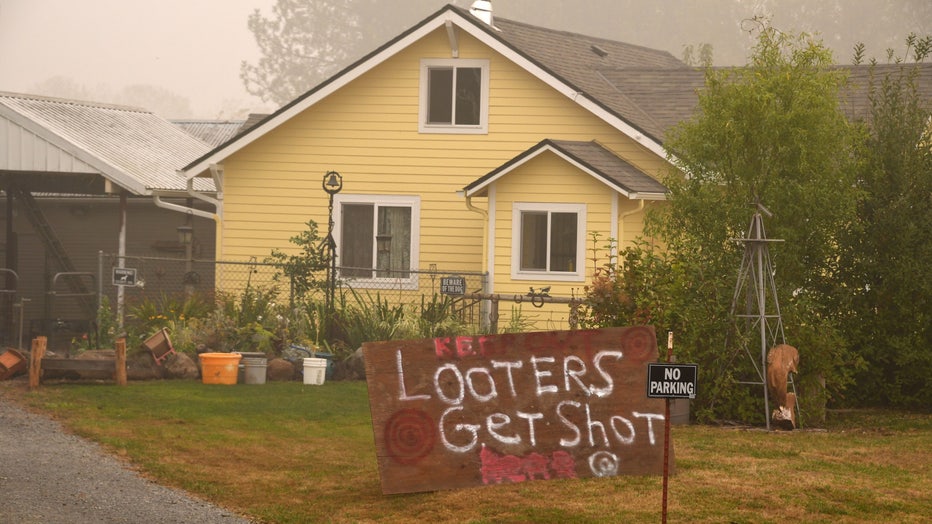 A sign reads "Looters Get Shot" outside a residence in Molalla, Oregon on September 13, 2020 which has been evacuated due to the Riverside Fire. - Of the at least 33 people killed by the blazes since the beginning of summer, 25 died this week alone.

Photos showed signs posted on properties between the towns of Colton and Estacada warning that looters and arsonists would be shot.

Eleven fires remained actively burning in Oregon as of Monday, according to the latest update from the Oregon Office of Emergency Management. One million acres have burned statewide since Sept. 8, and at least 2,268 residences, as well as at least 1,556 structures have been destroyed. Nine people have died statewide and at least five remain missing.