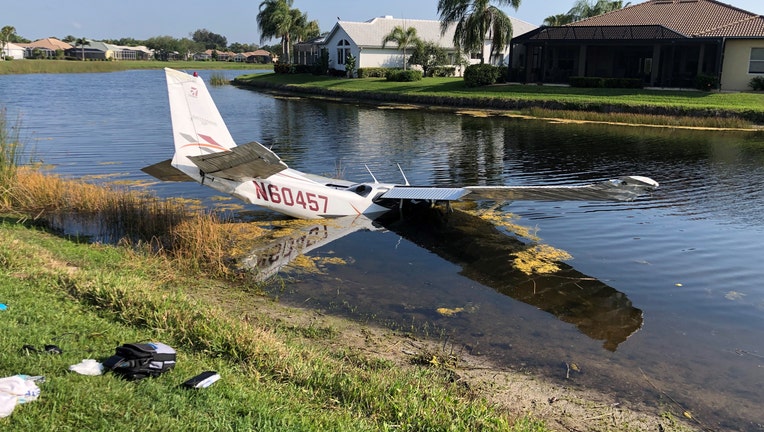 VENICE, Fla. - One person was taken to the hospital after a plane crashed into a Venice pond Saturday afternoon, according to the Sarasota County Sheriff’s Office.

It happened around 5:15 p.m. at the Pelican Pointe Golf and Country Club.

According to SCSO, the pilot reported engine problems before making the emergency landing.

Crews on the scene tell FOX 13's Kimberly Kuizon that an instructor and student were on board when the engine failed. The instructor took over the plane and made an emergency landing.

The pilot said he could have landed in the road, but he saw a bicyclist and didn't want to risk anyone's life on the ground. A woman in the neighborhood grabbed water and towels and helped as the pair made their way out of the plane.

They were the only two people on board and the student was taken to the hospital for observation.