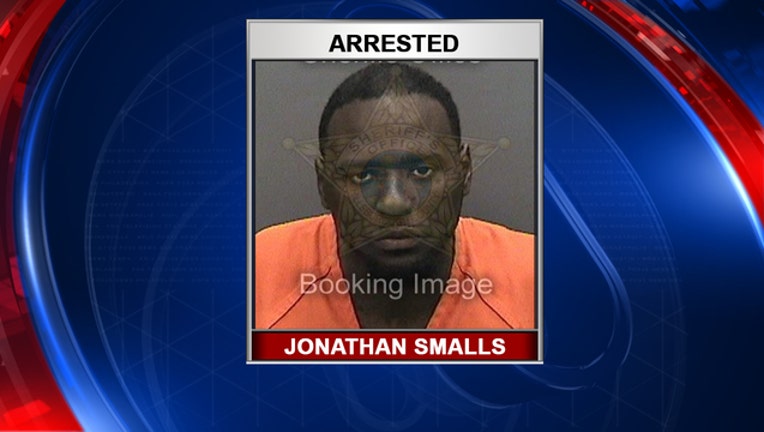 TEMPLE TERRACE, Fla. - Police arrested a man after burglarizing a store during a state of emergency.

Temple Terrace police arrested Jonathan Smalls, 31, of Tampa, on Sunday morning. They said Smalls crashed a stolen pickup truck into the front of DTLR Clothing Store, located at 9233 North 56th Street, and fled with a “large quantity of clothing.”

Police said they conducted a traffic stop after finding out the truck was traveling westbound on Busch Boulevard, but Smalls didn’t stop until he lost control and crashed into a street sign located at 40th Street near Seward Street.

They said he ran from the scene, but after a brief foot-chase, Smalls was arrested. Police said they found clothing from DTLR Clothing Store, as well as stolen shoes from Shoe Mountain on Fowler Avenue in Tampa.