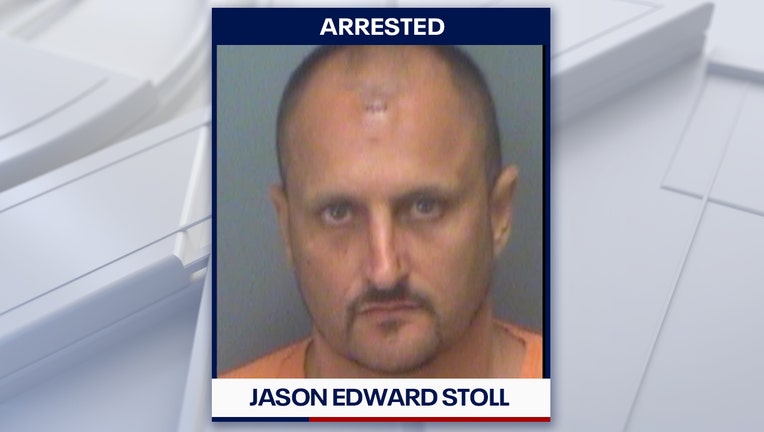 ST. PETERSBURG, Fla. - When a St. Pete officer warned a street vendor in downtown to stop selling hot dogs after-hours, the man threw one of the franks at police, officials said.

After midnight Saturday, officers said they gave several warnings to 47-year-old Jason Stoll, telling him he was in violation of a city ordinance. They said a street-closure permit ended at the time, but he continued selling hot dogs in the roadway in the 200 block of Central Avenue.

Stoll was asked to put down a hot dog but continued to try and sell it, according to Stoll's arrest affidavit.

"The defendant became extremely upset and intentionally threw the hot dog at [an officer]," police wrote in the document, adding that the officer was in his full police uniform when it occurred.

Officials noted that there was an "indication of alcohol influence."

Stoll, who has a New Port Richey address, was arrested on charges of battery on a law enforcement officer and resisting an officer without violence.