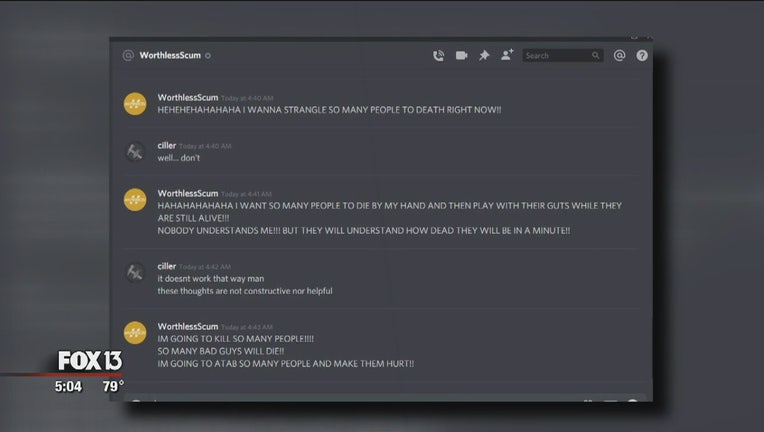 LAKELAND, Fla. - A 17-year-old was arrested after making violent and “disturbing” threats online, according to Polk County detectives.

Detectives said the teen made the remarks on the software program, Discord, a voice-to-text-chat app for video game enthusiasts. Officials said he made the following statements:

Detectives said the teen made the remarks on the software program, Discord, a voice-to-text-chat app for video game enthusiasts.

Detectives said they received tips from other Discord users. In an interview, the teen admitted to making the threatening posts after he became jealous of other gamers who were receiving “praise and validation,” according to the arrest affidavit.

“He explained that when he doesn't receive validation, he gets in a mood where he feels like he has nothing else at the time. He admitted to knowing his comments were wrong and acknowledged the threatening demeanor of the posts when they were read back to him. Suspect…acknowledged that he sometimes feels like wanting to kill others, but he would never actually act upon it because he knows it's wrong,” the affidavit read in part.

His screennames included: WorthlessScum#6309 and DemonSlayer77777#6309, and detectives said he has expressed suicidal and homicidal thoughts on the Discord app.

They also discovered the 17-year-old made previous threats of school shootings in Illinois. The teen is no longer a student and has no affiliation with any school.

Around October 17, detectives said he wrote in part:

"I've tried looking on the positive side before, but every time I did, I got so confident, so happy, I felt so good, and I do feel great, just to have it ripped away by somebody whoes [who is] either a di-- to me, broke up with me, makes fun of me etc, and at this point I've given up.." 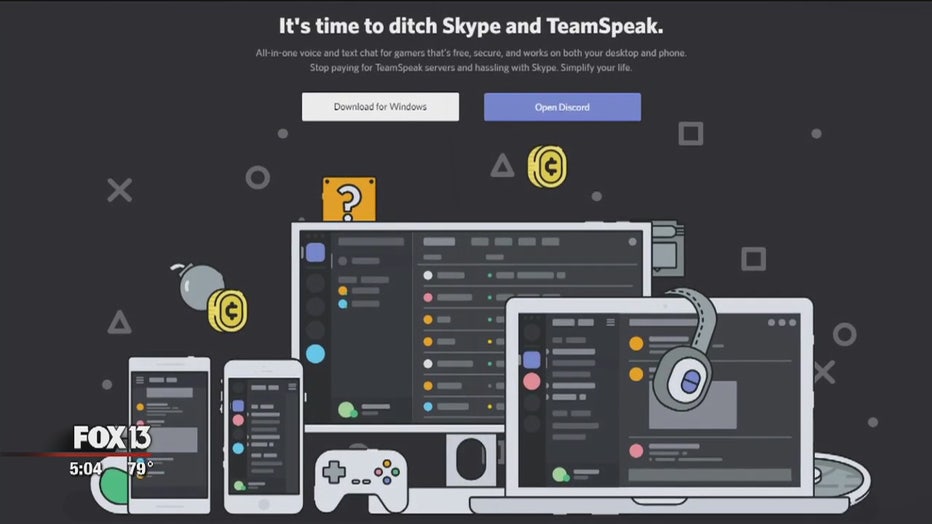 The sheriff said the teen made the comments on TeamSpeak

“We sincerely appreciate those who brought these disturbing threats to our attention. People saw or heard something, and they said something. I also thank those responsible companies who timely responded to our exigent legal process...,” Judd said in a statement. “We must take those who make threats at their word. These people have to be intercepted and dealt with criminally and/or provided medical and mental health services.”