Ralph Lauren debuted RL COOLING, a state-of-the-art wearable technology developed exclusively for Team USA. The USA flag bearers for the Olympics and Paralympics will wear the self-regulating cooling device that’s seamlessly integrated into the collar of a slick white jacket.

"Recognizing Tokyo’s summer heat, we sought to develop a solution for Team USA that fuses fashion and function—allowing them to look and feel their best on one of the world’s biggest stages," David Lauren, Chief Branding and Innovation Officer & Vice Chairman of the Board, Ralph Lauren Corporation said.

Similar to how a computer cools itself, the cooling system disperses heat from the wearer's skin through a battery-powered device that regulates temperature. While the new technology will only be limited to the backs of the flag bearers, all Team USA Olympic and Paralympic athletes will receive a cooling jacket after the opening ceremony.

Japanese summers are known for intense heat and humidity and this summer with the Olympics in town will be no different. According to The New York Times, more than 1,000 people in Japan have died of heat-related causes in the past two years.

Fifty-five years ago in 1964, the Summer Olympics in Tokyo were moved to commence on Oct. 10 due to unsafe hot weather. Yet in 2013 when the International Olympic Committee awarded Tokyo the 2020, now 2021 Summer Games, the committee barely considered the weather, according to The New York Times.

Ralph Lauren explored temperature management systems in clothing in 2018 with the debut of the heated jacket at the Pyeongchang Winter Olympic Games in 2018. 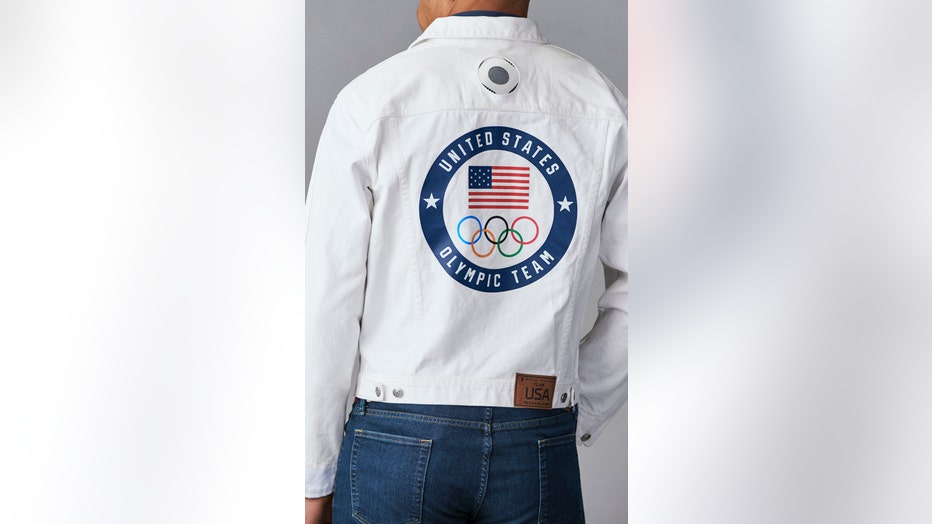 The USA flag bearers will wear the self-regulating cooling device that’s seamlessly integrated into the collar of a slick white jacket. (Ralph Lauren)

Research conducted by Advanced Research Projects Agency-Energy suggests that personal thermal management has potential to reduce the public’s reliance on mass energy-intensive cooling systems like HVAC and AC systems in the future.

For the 2021 Opening Ceremony, Ralph Lauren went with an all-American style made from sustainable materials in every piece. Athletes will wear striped t-shirts dyed with less water, chemicals and energy draped by a navy blue blazer made from U.S.-grown wool.

Lauren said the U.S. Olympic and Paralympic Committee wanted to dress the athletes in blazers to highlight global ambassadorship. He also said the company wanted to create a classic, smart look that celebrated American style and craftsmanship.

A printed scarf, shoes and a mask decorated with a small American flag made from U.S.-grown cotton will accessorize the athletes. The athlete’s striped belts are made from recycled water bottles. 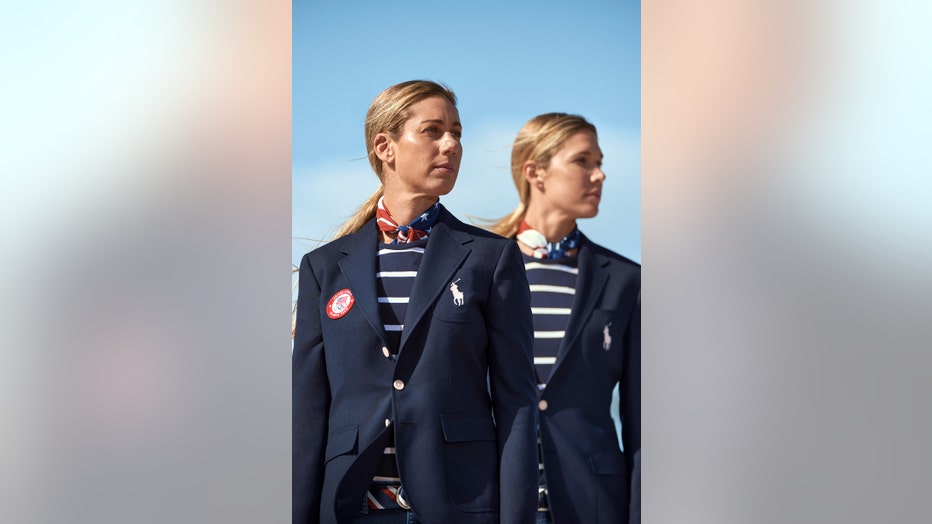 The company wanted to create a classic, smart look that celebrated American style and craftsmanship.

They will also sport a pair of slim-fitted denim pants — in true Americana fashion — featuring a back patch made from renewable resources for the Opening Ceremony.

Prior to the 2012 London Games, Ralph Lauren came under fire after Team USA’s uniforms were manufactured in China. This year, the outfitter said each uniform is "proudly manufactured in the United States."

The entire Team USA Collection is available for purchase at select Ralph Lauren retail stores and online. The air-conditioned jacket will eventually be available to the public.