Rays’ most supportive fan sends up prayers for winning series

ANNA MARIA ISLAND, Fla. - Support for the Rays is coming in far and wide across Tampa Bay. It doesn’t matter if you’re 5 or 95, fandom sticks with you for a lifetime.

“I’ve always been their fan I think they do a great job, they never give up,” she said.

Manali was born in Tampa in 1925. Her family used to own a grocery store on 7th Avenue in Ybor City, which sponsored a women’s team. 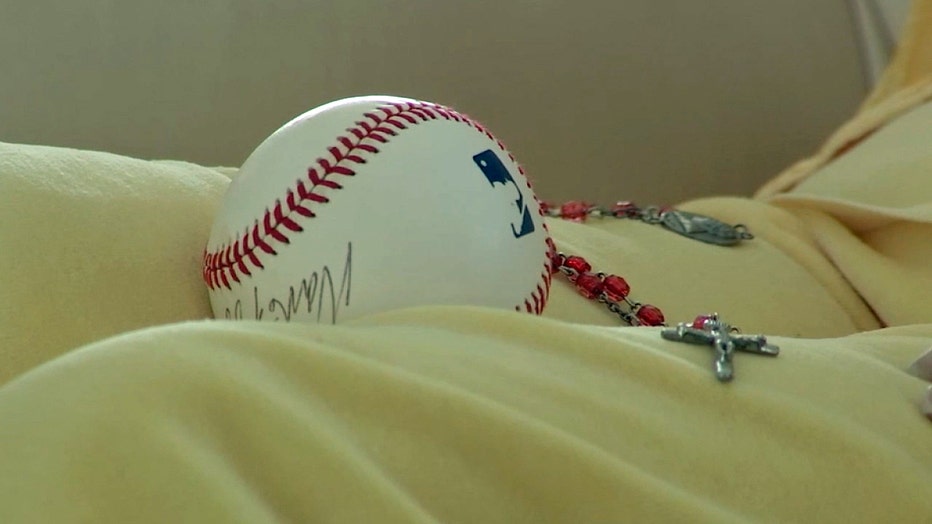 “It is fun to see her so animated and so engaged,” said her daughter, Angela Calabro. “I think he's what keeps her going."

Manali watches every play and prays for the team.

“I’ll always wish for a miracle which happened the other day,” Manali said. She’s still talking about that special Game 4 ending.

“She's the person that we all want to strive to be. Someone that doesn’t just throw in the towel,” her daughter said.

The same can be said for her Tampa Bay Rays. The low payroll team that just refuses to give in, no matter the odds.

“Have their faith in God and play and work real hard!”

It has worked for her all these years.