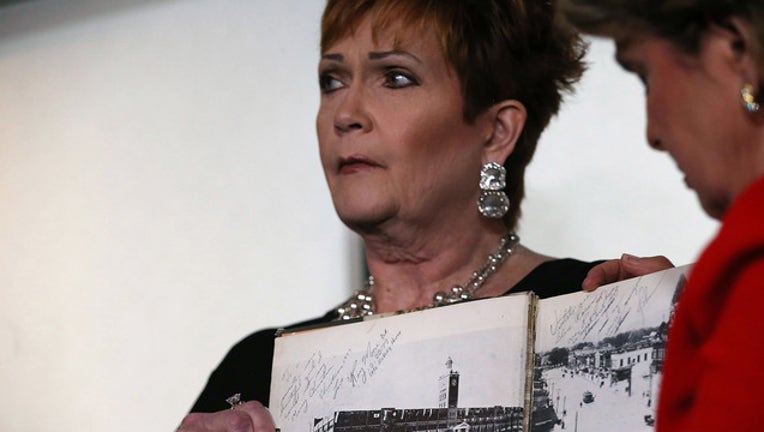 Beverly Young Nelson holds her high school yearbook signed by Roy Moore during a news conference where she has accused Alabama Republican Senate candidate Roy Moore of sexually abusing her when she was 16. (Photo by Spencer Platt/Getty Images)

(FOX NEWS) - One of the women who accused Alabama Senate candidate Roy Moore of making advances on her when she was a teen and he a local prosecutor admitted Friday to writing part of the yearbook inscription she offered as proof, a new crack in her story that gives Moore an opening to attack her credibility.

Beverly Young Nelson admitted to ABC News that she added “notes” beneath what she says is Roy Moore’s signature in her high school yearbook – an inscription that she and famed attorney Gloria Allred presented as proof the then-30-something Moore sought an inappropriate relationship with her in the late 1970s. The “notes” below the signature appear to be the handwritten date and location. Nelson still insisted that Moore wrote most of the message.

“Beverly, he did sign your yearbook?" ABC’s Tom Llamas asked her.

“And you made some notes underneath?” Llamas asked.