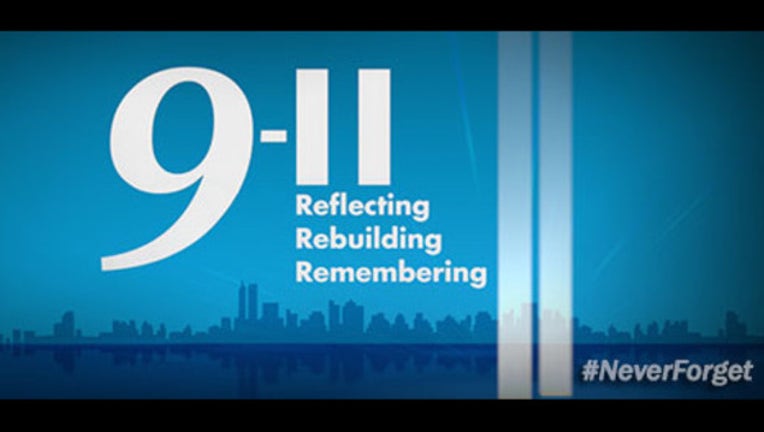 TAMPA (FOX 13) - Several moments of silence will be held throughout the morning of September 11, 2015, to mark 14 years since the attacks on America that left 2,977 people dead.

These moments of silence will be observed at the ceremony being held at the World Trade Center:

There will be several ceremonies around Tampa Bay to mark the day. Tampa Fire Rescue will hold an observance to include Mayor Bob Buckhorn and Tampa Fire Chief Tom Forward at the Tampa Firefighters Museum on Zack Street at 9 a.m.

In Clearwater, each fire station will hold a moment of silence after an announcement over the radio at 9:50 a.m.

In Bradenton, State College of Florida will have a remembrance at 8:45 led by a retired NYPD detective. The Lakewood Ranch campus will hold a ceremony at 8:45 a.m., and there will be a service at the Venice Campus at 9:30 a.m.

In Safety Harbor, there will be a tribute at 9 a.m. at the new 9/11 Memorial between City Hall and Fire Station 52 on Main Street.

In Palm Harbor, there will be a memorial at the Curlew Hills Memory Gardens, which will include an exhibit featuring names of Florida soldiers who have died fighting the War on Terror since September 11, 2001. You can also watch live on www.curlewhills.com starting at 10 a.m.