Officials in St. Louis have released new video of looting suspects wanted for fatally shooting a retired police captain as he protected his friend's pawn shop.

ST LOUIS - Police in St. Louis have released new footage of suspects wanted for the murder of a retired police captain.

David Dorn, 77, was shot and killed by looters early Tuesday morning while he was protecting his friend's pawn shop in the midst of riots in St. Louis.

His body was found on the sidewalk around 2:30 a.m.

His death came on a violent night in St. Louis, where four officers were shot, officers were pelted with rocks and fireworks, and 55 businesses were burglarized or damaged, including a convenience store that burned. Police also shot and gravely injured a burglary suspect who they say shot at officers. 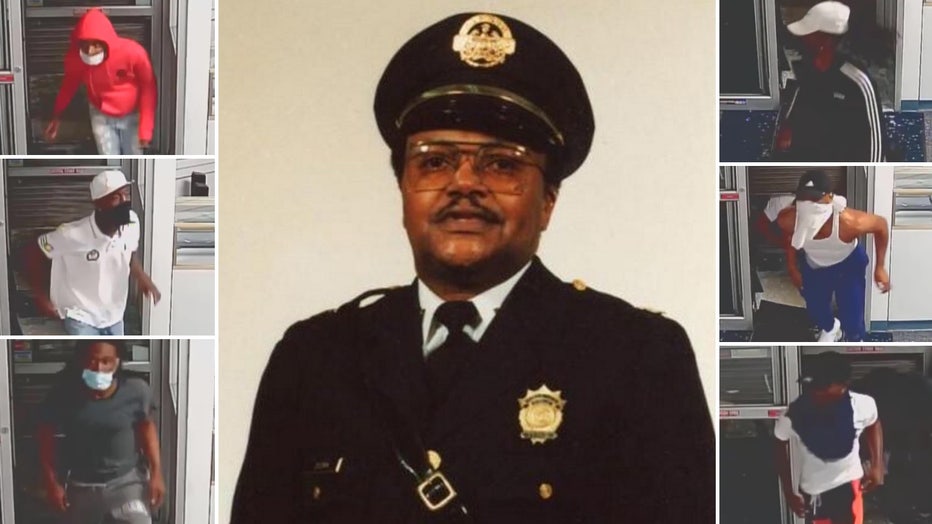 Dorn had served as captain of the St. Louis Police Department for 38 years before retiring in 2007. He then went on to become police chief of nearby Moline Acres. He retired from there in 2014.

Dorn was a friend of the pawn shop’s owner and frequently checked on the business when alarms went off, his wife, St. Louis police Sgt. Ann Marie Dorn, told the St. Louis Post-Dispatch.

The Ethical Society of Police, which represents black officers in St. Louis, said in a news release that Dorn was “the type of brother that would’ve given his life to save them if he had to.”