ST. PETERSBURG, Fla. - St. Petersburg is already known for its waterfront and world-class pier and now a group wants to take the walkway of the new pier and expand the concept throughout the city.

"It’s the combination of a street and a plaza," explained Nicole Roberts, director of Car-Free St. Pete.

Her organization doesn’t want to completely eliminate the use of cars but the group is pushing for a more pedestrian-friendly city.

She says the "St. Pete Straza" loop would be about three miles long, most of it pedestrian-only, while other parts would allow vehicles but at slower speeds.

"First Avenue and Central Avenue to 13th Street, cutting through the Tropicana Field development where developers have already said they want to access through to Booker Creek…and then on the south side going down either Fourth Avenue South or Fifth Avenue South -- and of course, coming back around through the waterfront," she explained. 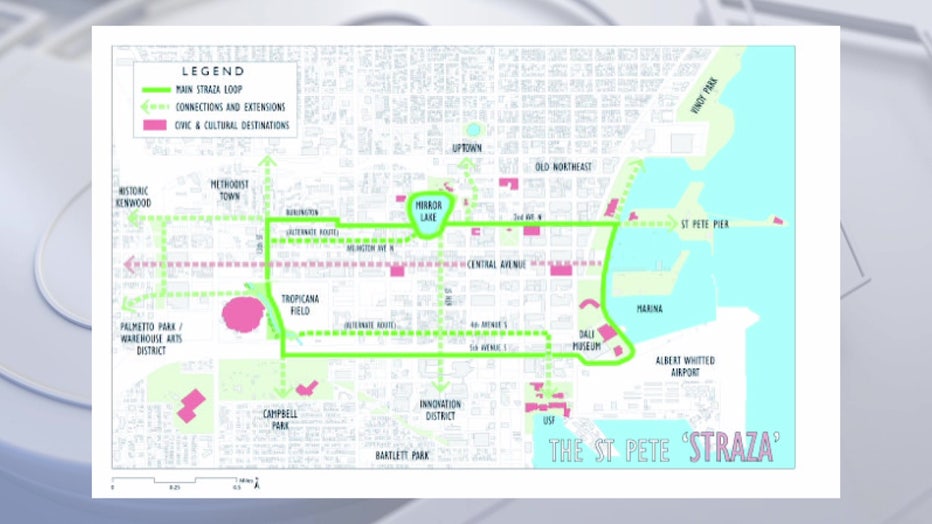 The project is only in the idea phase. The next step is to take the idea to the city council, where they’ll study if it’s worth being done.

Link: Anyone interested in providing feedback on this idea can visit http://www.carfreestpete.com/stpetestraza .