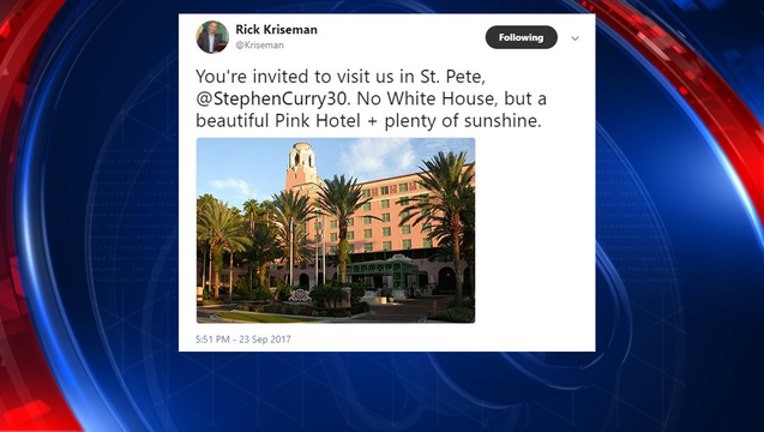 On Saturday, Mayor Rick Kriseman tweeted to Curry, “You're invited to visit us in St. Pete, @StephenCurry30. No White House, but a beautiful Pink Hotel + plenty of sunshine.”

There has been no immediate response from Curry or the Golden State Warriors.

On Friday night, Trump said NFL players who kneel during the anthem should be “fired,” and fans should consider walking out in protest. On Saturday morning, Trump tweeted that he withdrew the invitation to Curry because he hesitated to attend the traditional trip by the NBA champions. Later that day, the Warriors said they would skip the White House visit as a team.

The feud peaked on Sunday when many football players took a knee during the national anthem, including two Tampa Bay Buccaneers’ wide receivers Mike Evans and DeSean Jackson.