“Every part of our infrastructure...there’s no parts of it that are up to par for what we have now,” said Ruskin resident Noelle Licor.

Less than a dozen residents took their complaints to the picket line on Friday. People from Balm, Sun City Center, and Ruskin lined Sun City Center Boulevard were armed with signs and concerns.

“We want people to come here,” Licor added, “but we want them inside the service area where these services are.”

The protestors are hoping to catch the attention of Hillsborough County commissioners, who are considering a 270-day moratorium on big developments in rural areas. 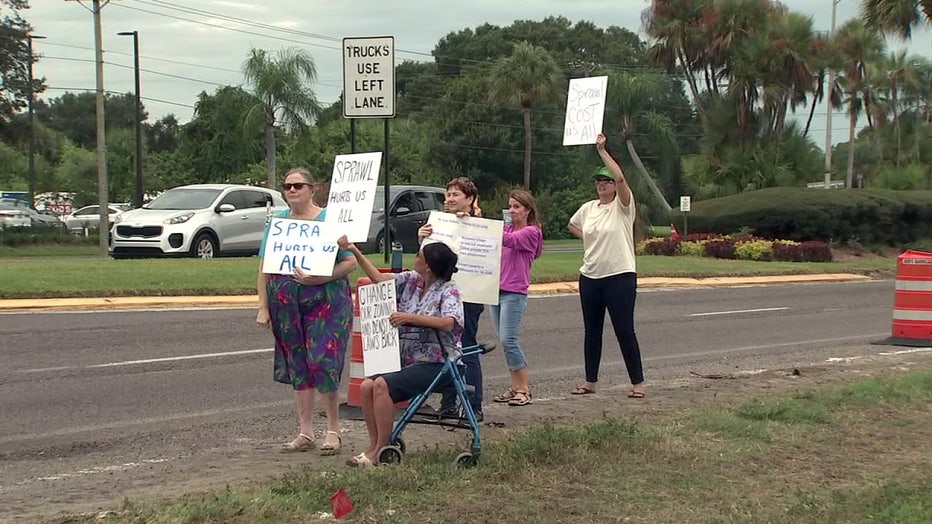 The moratorium would freeze all pending rezoning applications.

Residents say it's a short-term fix, but it buys them some time.

“That is very important we want the commissioners to adopt that for those 270 days,” said Licor. “They’re going to open up the community plans and I want them to make them better for the whole community.”