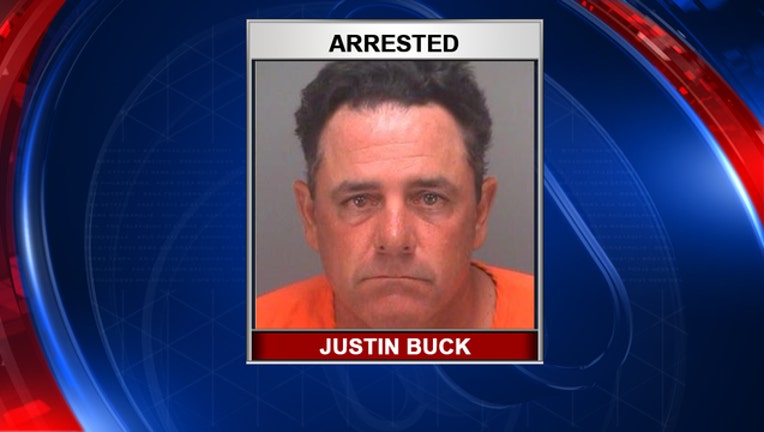 PALM HARBOR (FOX 13) - A man was arrested after he admitted that he thought a Starbucks patron was attractive and decided to capture  photos of her, deputies said.

According to deputies, Buck took photos of a 21-year-old female under the table and without her consent. A store employee noticed and called police.

When deputies arrived, Buck was still at the business. According to a media release, he agreed to speak with deputies and told them he noticed the victim was wearing a skirt, so he sat across from her at a table and snapped at least five photos from under the table.

The Sheriff’s Office reports he is suspected of similar incidents at other Starbucks locations and more charges are pending.

He was arrested and charged with one count of video voyeurism.