TAMPA, Fla. - Imagine you're at home watching TV when suddenly raccoon falls through the ceiling. It happened to a Tampa woman who didn't know what to do so she called the police. Two officers armed with brooms came to the rescue and the entire encounter was caught on body cameras.

The raccoon clearly wasn't quite ready to say goodbye to his newfound home.

Tyler couldn't believe it. When she stepped around the corner, the little guy was staring right back at her. 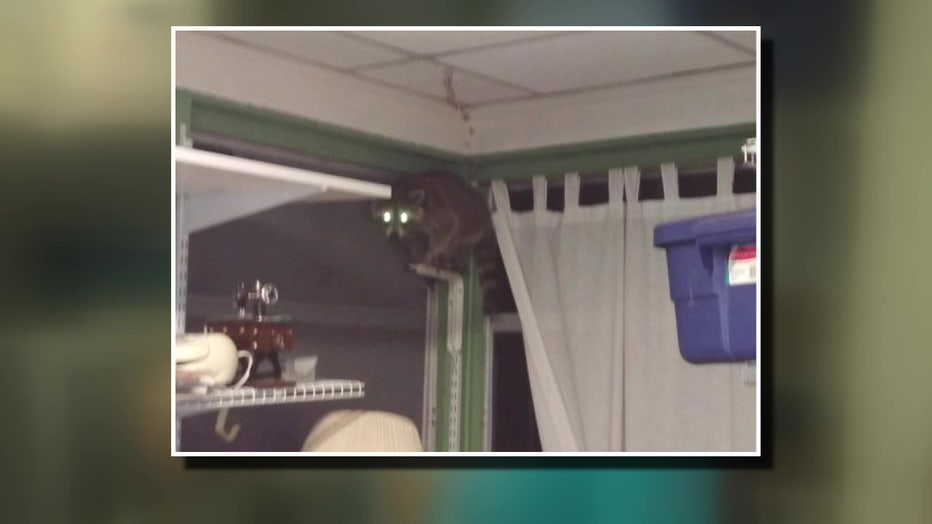 Tyler unsure what to do called 911.

"Umm, I have a raccoon in my house," Tyler can be heard telling the operator. "Right now, I have it shut up in my bedroom. I'm needing to get somebody to come over and get it out of my house."

When police arrived it was a group effort. Everyone had a broom in hand and a raccoon just trying to make himself at home. However, Tyler wasn't scared. We learned that might be because raccoons aren't anything new to Tyler. She had one for a pet as a kid back in Indiana.

"I went up to it and tried talking to it with a piece of lunch meat," Tyler said.

When lunchmeat didn't work she called police who, after several minutes, and a nip to the hand finally got this little critter back outside.