Trash troubles lead to state of emergency in Polk County

DAVENPORT, Fla. - For nearly a year, residents across Polk County have watched trash pile up outside their homes, with sporadic visits from solid waste workers. The pandemic put companies like Waste Management and FCC in a tough spot, but they did what they could.

In February, the county declared a state of emergency as bags and bins of garbage lined many roadways on the county's west side.

Now, residents on Polk's eastern border are struggling with the same headaches, and once again the county is declaring a trash-related local state of emergency.

Thousands of people who live on the county's east side say Waste Management, one of the largest trash collection companies around, isn't doing its job.

Hurricane Ian left a massive mess in its wake, but the debris will be put to good use.

The phones in the complaint office ring off the hook.

"For every person who calls in, there are about 15 who don’t," said Polk County Commissioner Bill Braswell. "So you know the problem is much worse than it seems right now."

Some residents say their trash has not been picked up for weeks.

Garbage problems have been plaguing Polk for more than a year, beginning during a pandemic surge that left crews in a constant state of catch-up. But that was in west Polk County, the service area for the collection company FCC. 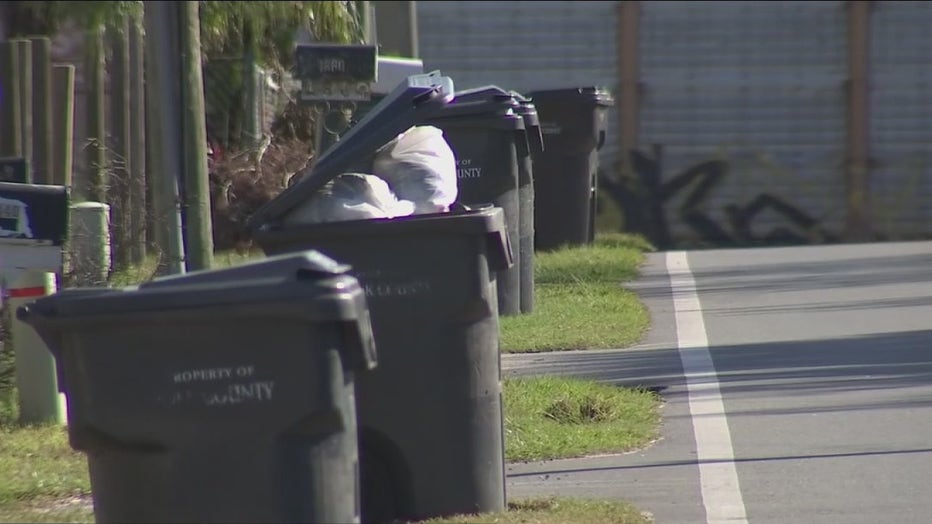 For months, commissioners heard from frustrated homeowners who said their garbage was being ignored for weeks at a time.

However, McCormick says things are improving.

"We anticipate another 30 to 60 days before we get caught up in Polk County," she said.

The county has looked for another hauler to help pick up the slack, but hasn’t found one.