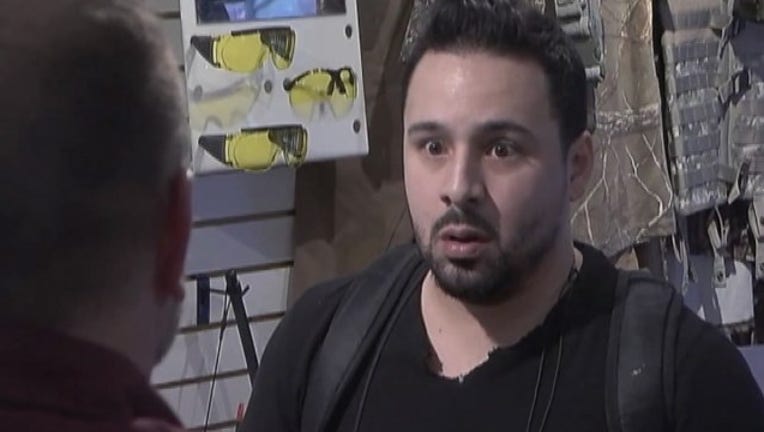 In an effort to get people to sign a petition for stricter background checks, the States United to Prevent Gun Violence group created a hidden camera social experiment that's gone viral.

The group set up a fake gun shop in the heart of New York City to drive home the point of what they call the danger of guns.

Their campaign slogan is, "Every gun has a history. Let's not repeat it."

The unsuspecting customers are shown various guns, and then are told the history behind them. All of the guns allegedly collected by the store have a history of past violence, including one of the models used by Adam Lanza in the Sandy Hook shooting.

The ad is also being met with criticism, as one would expect with such a touchy subject.