PALM HARBOR, Fla. - A special ceremony wrapped a deserving veteran in a "Quilt of Valor" that was made just for him.

Noreen Dagly, who likes making quilts for a cause, volunteers with Quilts of Valor. It's an organization that provides more $326,000 quilts over the years. 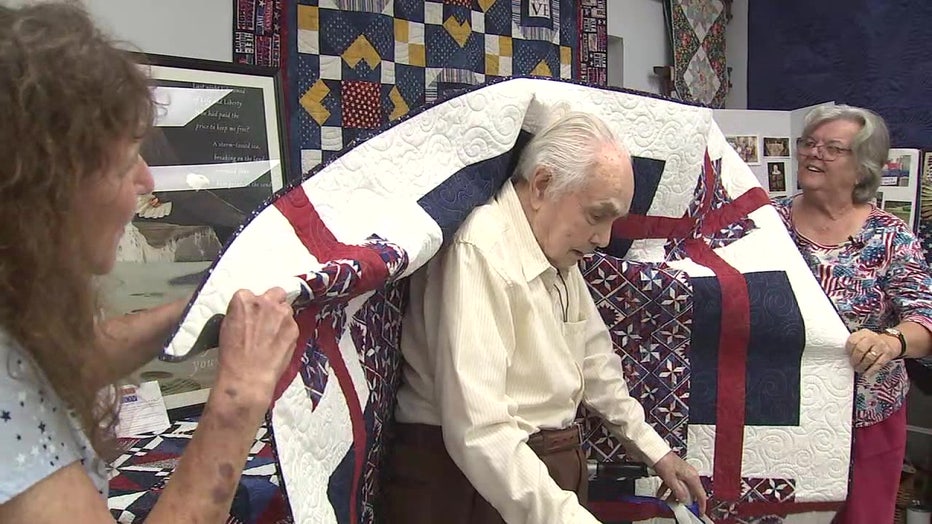 Few of their quilts have gone to veterans with as much history as Gilbert Boulton of Dunedin.

Boulton, who is a World War II Navy veteran, will celebrate his 100th birthday on December 10. The retired letter carrier said, "I never expected to be around this long."

Boulton received his quilt during a short ceremony at MK Quilts in Palm Harbor. 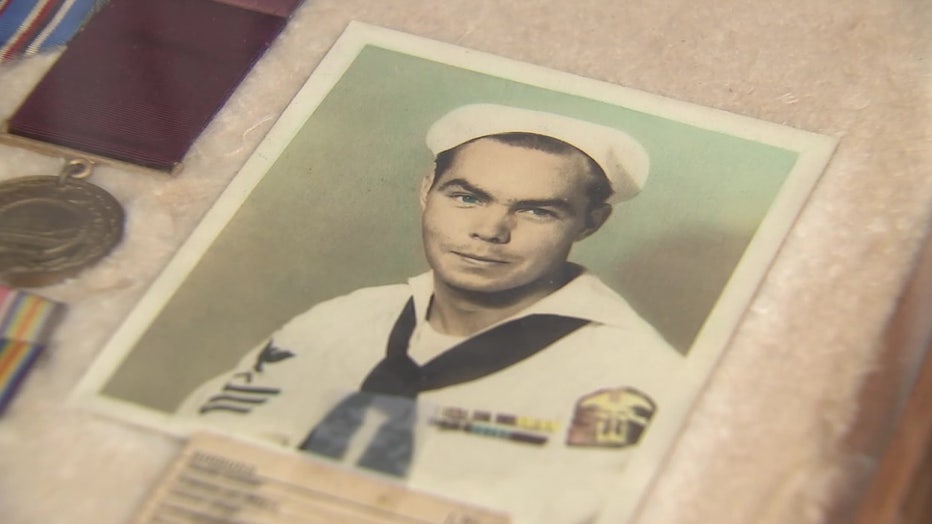 The now Dunedin resident said he volunteered for the Navy in 1939.

"If I got into the Navy I could see the world," he smiled.

He was deployed to a Navy transport ship when the U.S. entered World War II. He said they would go back and forth between Africa and Sicily bringing in supplies and new troops.

He made a great photo album as he risked his life for his country and he came home to marry another Navy Veteran, Anna, who passed away 24 years ago. 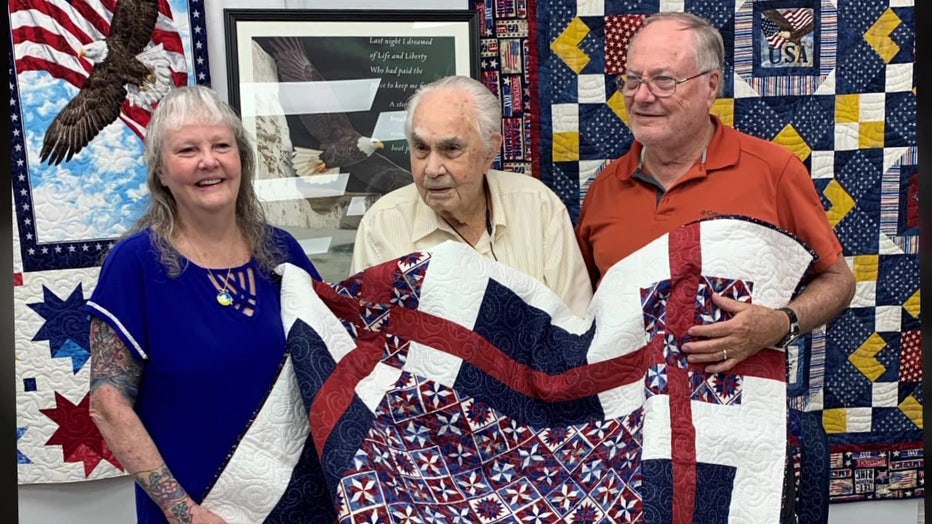 "She was a radio operator. We got married and here’s the result of it right here," he says, gesturing to his daughter Sally and son Bob, who attended the ceremony.

As Boulton stood wrapped in his quilt, Dagly smiled.

"It was an honor to do that and to think of all that he’s gone through," she said.