TAMPA, Fla. - Tropical Storm Zeta strengthened into a hurricane and began lashing the Yucatan Peninsula with high winds and rain Monday evening, according to the National Hurricane Center.

After it makes landfall on the eastern end of Mexico’s resort-dotted Yucatan Peninsula, forecasters say it will likely move on for a possible landfall on the central U.S. Gulf Coast at midweek. 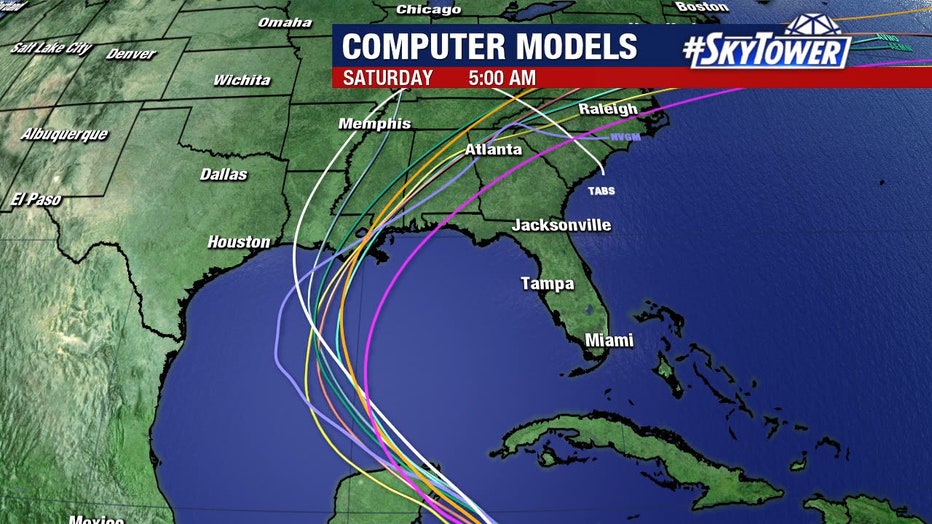 It will remain well west of Tampa Bay though, says FOX 13's meteorologist Jim Weber, adding it will move through the Gulf of Mexico as a Category 1 storm before making a possible landfall in Louisiana.

"The same areas that have been affected all season long," he said. "The only positive we can really see out of this is as it moves into the Gulf of Mexico, the wind shear will increase. It's going to start to eventually move over some cool waters across the northern Gulf of Mexico so that may help to weaken it prior to landfall." 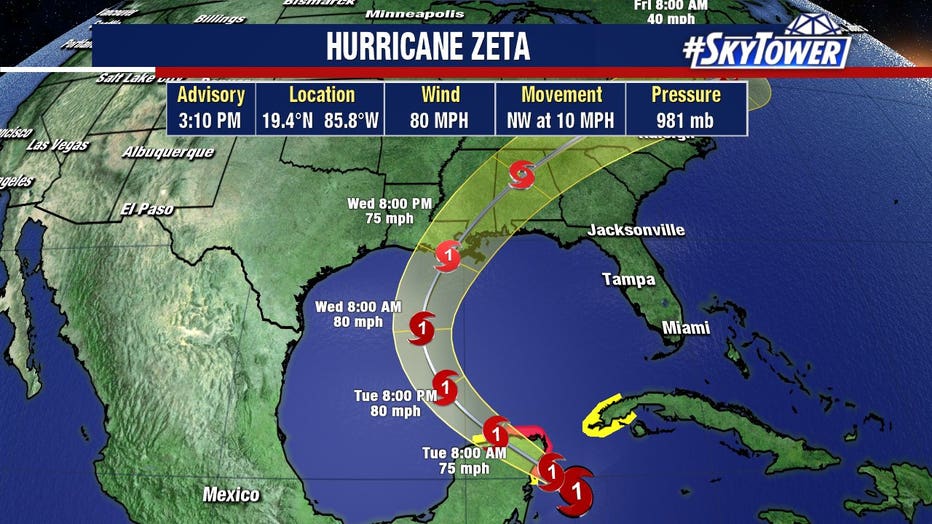 On Sunday, Zeta became the earliest ever 27th named storm of the Atlantic season. It broke the previous earliest 27th Atlantic named storm that formed Nov. 29, 2005.

According to the NHC, records show the 2005 Atlantic season had the most number of named storms -- a total of 28. After Zeta's formation, the number for the 2020 season is now at 27 named storms.

The next name on the Atlantic hurricane season list would be "Eta."