Rain or shine, Bolts fans will celebrate with the team

TAMPA, Fla. - Fans from around the Tampa Bay area and even across the state made their way to Tampa to see the Tampa Bay Lightning parade Monday.

"I think it brings the whole city together and brings Tampa Bay as a hockey town and solidifies us as a dynasty," offered fan Tyler Isaacs.

It's a dynasty now known as "Champa Bay." Tyler and his fiancé drove two hours to see the back-to-back Stanley Cup champions. 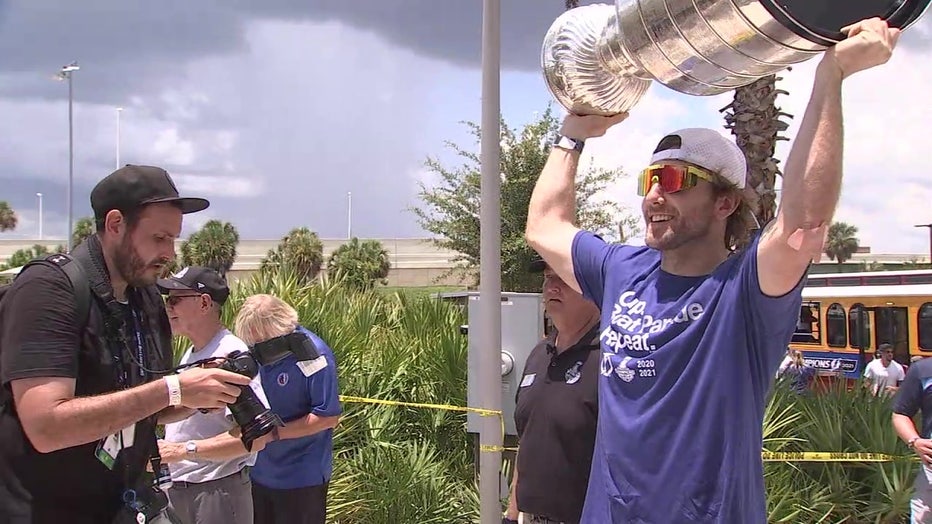 "I remember my dad taking me to the fairgrounds back in ‘92-’93 when the Bolts were starting their season out for the first time. It’s incredible and somewhat overwhelming to come back and see all the excitement for the team and the cup to go back to back. You can’t ask for anything better than that," Isaacs explained.

For some it was a family event, with kids out of school and a dad's day off.

"I try to explain to them Tampa Bay sports had some tough times over the years and who knows when a time like this will come again. I told them just to soak it in," shared one fan.

Fans were able to soak in the sunshine during the boat parade as players arrived at Julian B. Lane Park. 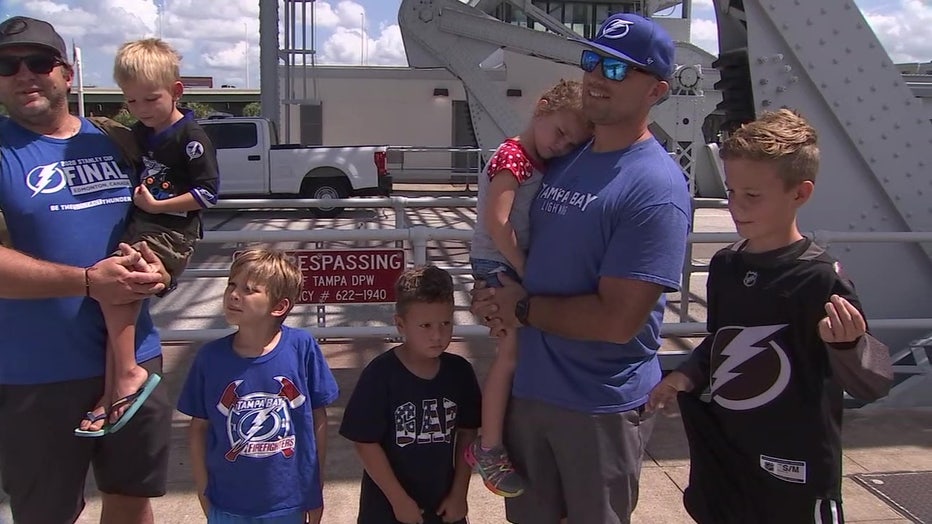 "It's a Monday early morning and you don’t have a lot of holes. The turnout was unbelievable; so proud of the community for showing up for us today," offered Victor Hedman.

The team brought the lightning and thunder with them. While the celebration was cut short by weather, the Stanley Cup was hoisted in front of hundreds of fans.

They waited to see their champions once again, no matter the elements. 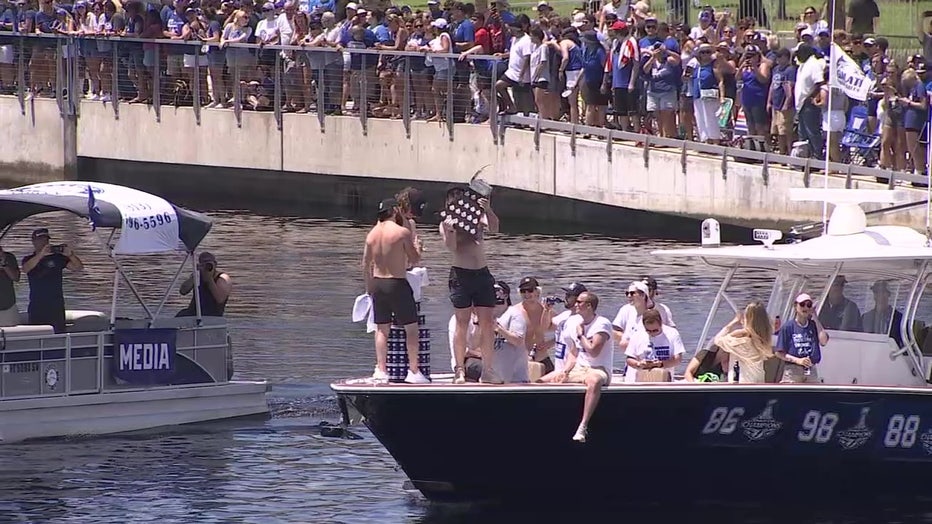 "It means the world to us to have our family and friends being there when we won the cup. It was a dream for us and this is the way to do it. It was unbelievable," added Hedman.