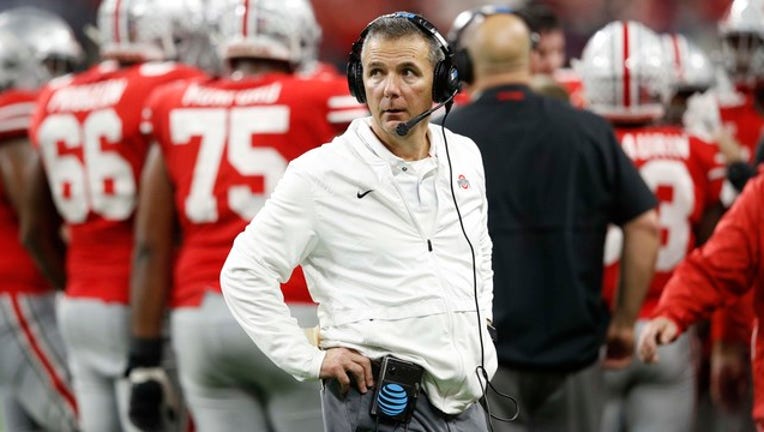 Head coach Urban Meyer of the Ohio State Buckeyes looks up at the score board against the Northwestern Wildcats in the fourth quarter at Lucas Oil Stadium on December 01, 2018 in Indianapolis, Indiana. (Photo by Joe Robbins/Getty Images)

COLUMBUS, Ohio (AP) - Ohio State says Urban Meyer will retire after the Rose Bowl and assistant Ryan Day will be the next head coach.

After seven years and a national championship at Ohio State, the 54-year-old Meyer will formally announce his departure Tuesday at a news conference.

The university didn't say why he was retiring, but Meyer has said he suffers from debilitating headaches caused by an arachnoid cyst in his brain.

He was also battered this year by an offseason issue involving a now-fired assistant coach that led to Meyer's suspension for the first three games of the season.

Meyer was 81-9 with a national championship at Ohio State after six years at Florida, where he won two national titles.