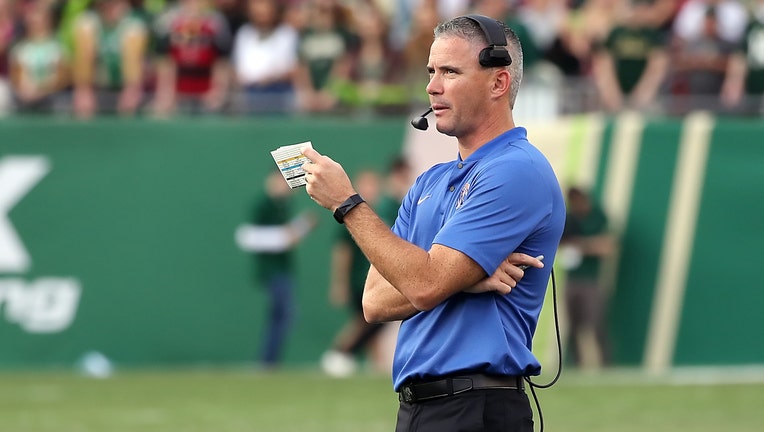 Memphis Head Coach Mike Norvell looks up at the instant replay during the College Football game between the Memphis Tigers and the South Florida Bulls on November 23, 2019 at Raymond James Stadium in Tampa, FL. (Photo by Cliff Welch/Icon Sportswire v

Norvell just won the American Athletic Conference championship in his third try with Memphis on Saturday with a 29-24 victory over No. 21 Cincinnati.

Florida State announced Saturday night during the American championship game that the new coach will be introduced Sunday at a news conference in Tallahassee before a men’s basketball game against Clemson.

That coach will be Norvell, two people told The Associated Press on condition of anonymity because an official announcement has not been made.

Norvell refused to answer any questions about his future or Florida State’s news conference after No. 16 Memphis defeated Cincinnati 29-24 in the league championship at Liberty Bowl Memorial Stadium. His Tigers lost this game the past two seasons on the road at UCF.

Asked if he would coach the Tigers in the Cotton Bowl berth Memphis expects representing the Group of Five, Norvell said simply, “Obviously, that’s the plan.”