LAKELAND, Fla. - The 50-yard field and padded walls are back. Tucked inside the RP Funding Center -- formerly the Civic Center -- the arena football turf is in place for practice.

The American Arena League’s Tampa Bay Tornadoes are off to a 2-0 start on this field. Successful arena ball has returned to the area.

Many of the young players remember the Tampa Bay Storm, the most successful Arena team to ever play the indoor game.

Brion Carnes knows that the fans have been waiting for top-flight arena ball since the Storm ceased operation in 2017. 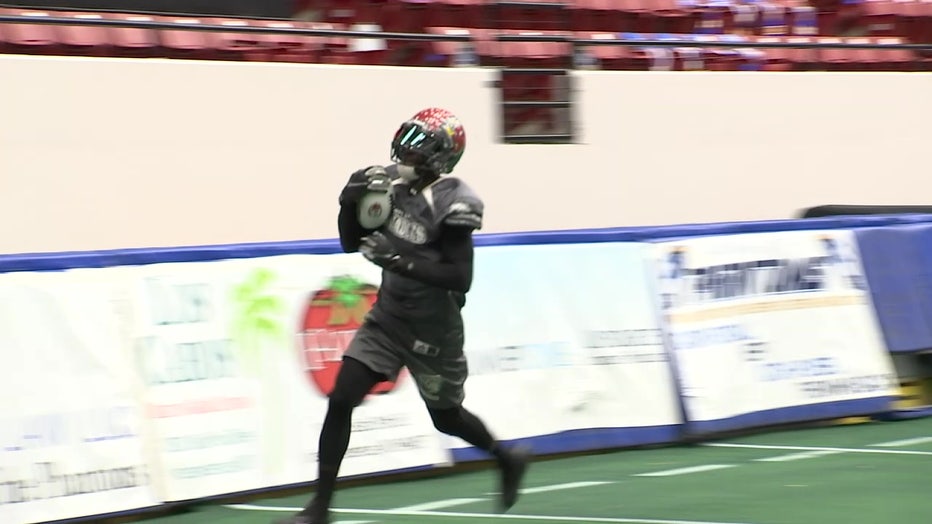 Carnes is the team’s quarterback. He played for Joe Kinnan at Manatee High School and went on to play for Nebraska.

The Tornadoes’ head coach has an impressive resume as well. Stevie Thomas was one of the greatest players to ever grace the arena field. He starred for the Tampa Bay Storm for years in the 90’s and earned his way into the Arena Football Hall of Fame.

Now he teaches his young pupils the art of the indoor game.

"We’ve got a pretty good nucleus of guys," he offered. "But at the same time, we still haven’t reached that pinnacle of where we need to be."

There are 16 franchises in the AAL. The Tampa Bay franchise is co-owned by Alton Walker. He is thrilled about his young team, and stays busy with all aspects of the organization. 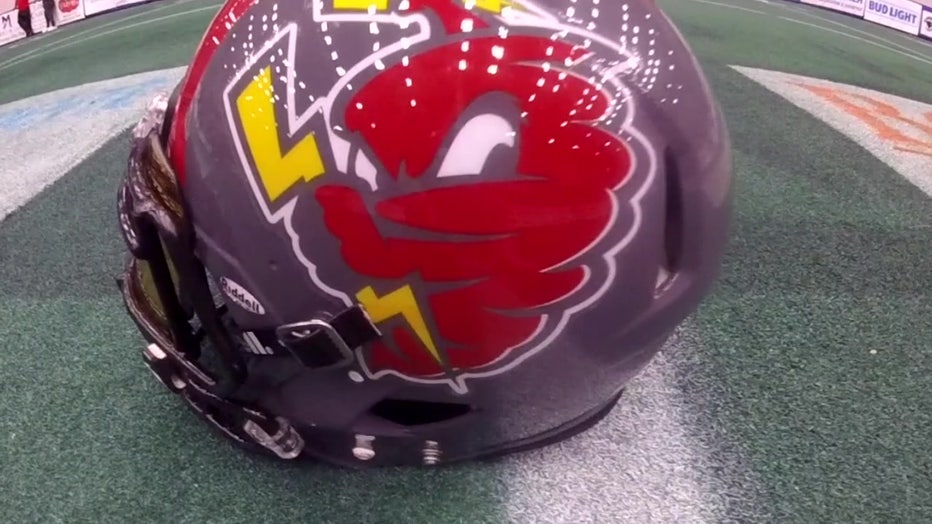 "My job? I have to think about everything," Walker said. "The fan experience, the integrity of the sport. The players. And I’ve always said, ‘We’re more than just about football.’ This team is run by me but owned by God. We want to make sure we maintain that mindset throughout the whole season."

Andre Davis and Arthur Hobbs are two more Tornadoes whose names may ring familiar. Davis starred at Jefferson High School and USF at the wide receiver position. He was on the Tampa Bay Buccaneers practice squad in 2015 and in training camp in 2016 with the Bucs.

Hobbs is a defensive back who was recently in camp with the Chargers. He also has the unique experience of being one of the players on the last Tampa Bay Storm team to take the field at Amalie Arena in 2017. 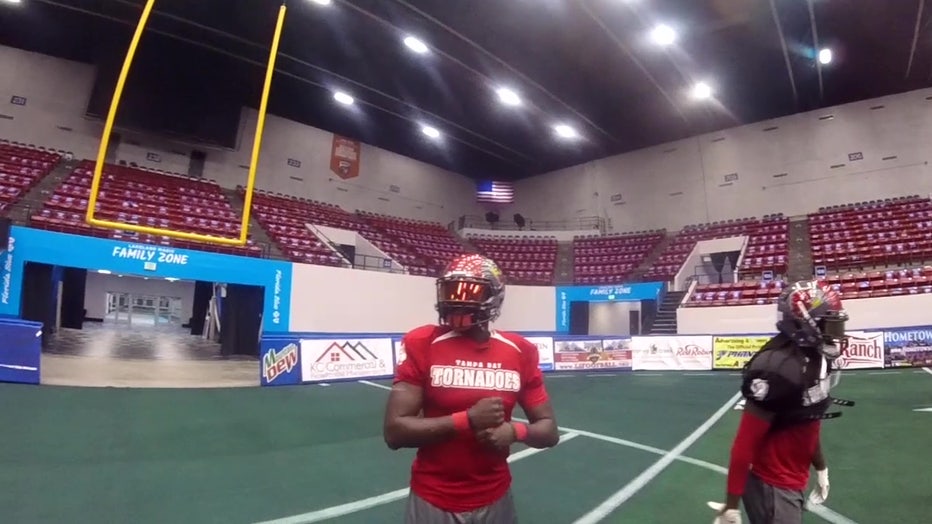 Hobbs knows how the Bay Area arena fans feel about the indoor game.

"Legit fans," Hobbs said. "I know when we start winning and more people start to hear about us, more people are going to come out to support."

The next home game for the Tampa Bay Tornadoes is April 10 at the RP Funding Center in Lakeland. Game times and ticket prices can be found at rpfundingcenter.com.