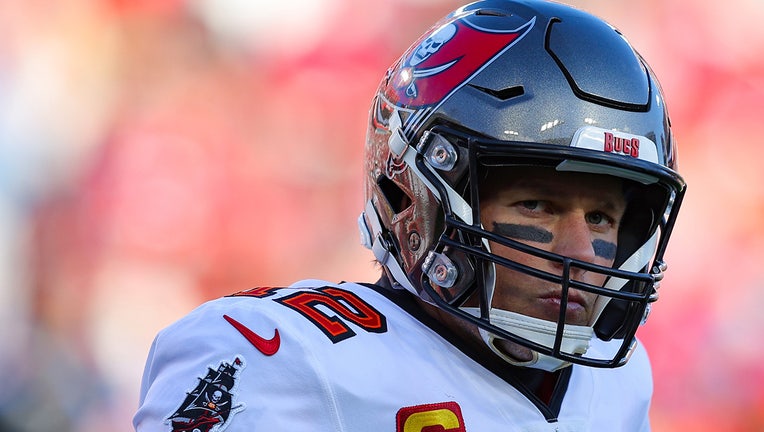 TAMPA, FLORIDA - JANUARY 23: Tom Brady #12 of the Tampa Bay Buccaneers reacts in the second quarter of the game against the Los Angeles Rams in the NFC Divisional Playoff game at Raymond James Stadium on January 23, 2022 in Tampa, Florida. (Photo by

TAMPA, Fla. - Tom Brady and the Tampa Bay Buccaneers’ loss to the Los Angeles Rams on Sunday evening in the NFC divisional round started the clock on retirement watch.

Retirement rumors have been buzzing since the start of the playoffs. According to multiple reports, Brady has been "noncommittal" about the possibility of returning to Tampa Bay for the 2022 season. With the close 30-27 loss to the Rams, the noise around his future started to get louder.

Brady was definitely bothered by the tough Rams defense early in the game. Los Angeles’ line led by Aaron Donald and pass-rushers Von Miller and Leonard Floyd. Not to mention trying to get the ball to his receivers with Jalen Ramsey and company breathing down their necks.

Local sports bars were busy with fans showing their support for the Bucs.

The Buccaneers got a few key turnovers and late in the fourth quarter Brady would find Mike Evans for a 55-yard touchdown catch that would bring the game to within a touchdown. With 42 seconds left, Leonard Fournette ran the ball in for a touchdown.

Brady’s appeared to have the same magic that has propelled him through his entire career. If it wasn’t for the defense allowing a big play from Matthew Stafford to Cooper Kupp to setup the game-winning field goal, Brady and the Buccaneers may have had a better chance of winning the game.

The retirement talk occurred soon after the loss. Brady addressed it during the postgame press conference. 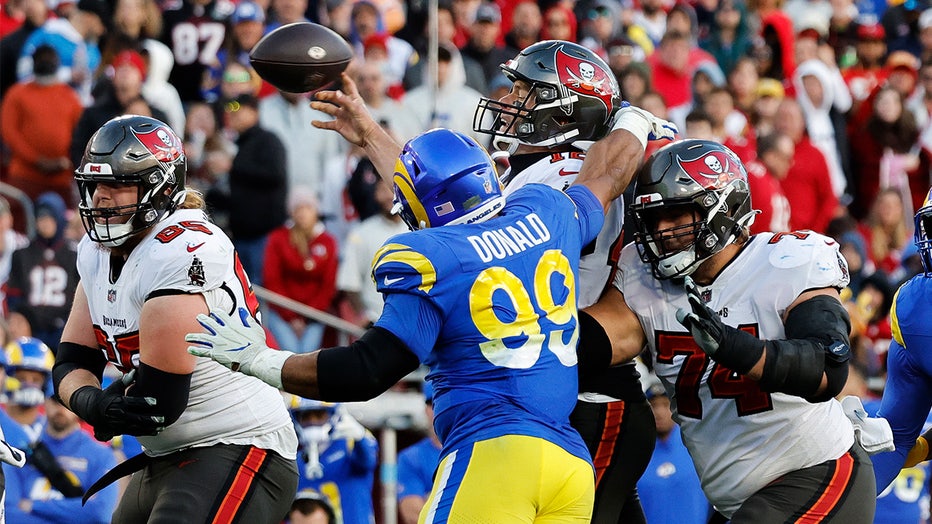 Tampa Bay coach Bruce Arians said it was up to Brady whether he wanted to play in 2022.

"You win or you learn," the company tweeted. "There are no failures, only lessons. When you fall you need to pick yourself up with greater enthusiasm than you went down. Now we look back on an incredible season, learn our lessons, and get up... because even greater things are coming. #KeepGoing."

As the offseason begins for Tampa Bay, Brady’s future will be among the biggest storylines.

What Brady has said about retirement

Retirement talk surrounding Brady is nothing new. The idea of playing well into his 40s is something foreign for any NFL player. Even at 44, Brady was able to lead the NFL with 5,316 passing yards and 43 touchdown passes.

He hasn’t exactly been too forthcoming about what he’s thought in terms of retirement. Here’s what he’s said in the recent past about when he’s going to call it a career.

"I’ll know when the time’s right. If I can’t … if I’m not a championship-level quarterback, then I’m not gonna play. If I’m a liability to the team, I mean, no way. But if I think I can win a championship, then I’ll play," he told NFL journalist Peter King in August. 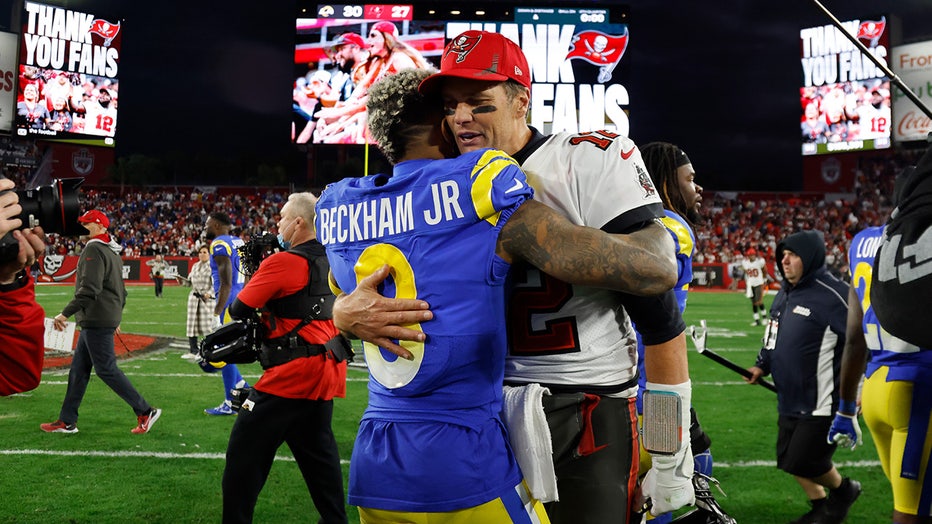 Brady said in a podcast interview in May he would consider playing until he was 50 years old.

"I have a lot to give. I think there’s a lot of time and energy still focused on being a great quarterback, that when that’s done, although I’m a little fearful of it ending, I am open to the belief that there will be a lot of opportunities for me to do things that I haven’t had a chance to do, that I really think I can help a lot of people," he said on Hodinkee Radio.

The 50-year-old mark was a topic during the season as well.

Before a regular-season victory over the Philadelphia Eagles in October, Brady told Andrea Kremer and Hannah Storm he could play well into his 50s.

"I really think I can play as long as I want," he told the legendary sportscasters. "I could literally play until I’m 50 or 55 if I wanted to do. I don’t think I will obviously… my physical body won’t be the problem. I think it’ll just be, I’m just missing too much of life with my family."

He and teammate Rob Gronkowski answered the internet’s burning questions in a taped segment for the team during the season as well. Both players were wearing reflective sunglasses and Brady was in a bucket hat.

"Wow, seems to be a really hot question lately," Brady said. "’Can Tom Brady play till 50?’ Like, 50 years old. I don’t find it so difficult, and plus living in Florida it’s kind of a retiree state. I feel like I can just play and glide into retirement. I think I can, I think it’s a yes."

Brady also revealed to the NBC production crew before the Rams game what his "perfect ending" would be.

It’s certainly a question Brady is going to have to answer this spring.