TAMPA, Fla. - In soccer parlance, a clean sheet translates to a shutout; no marks on the deficit side of the scorers' ledger.

"It’ a group effort when it comes to defending," says Bulls Head Coach Denise Schilte-Brown. "We really try to get numbers around the ball, we try to react quickly to win the ball back."

The system has drastically limited the opponents' shots on goal. The total number of legitimate scoring opportunities for the Bulls' opponents this season stands at seven, which makes the goalkeeper's job all the more critical -- and difficult. 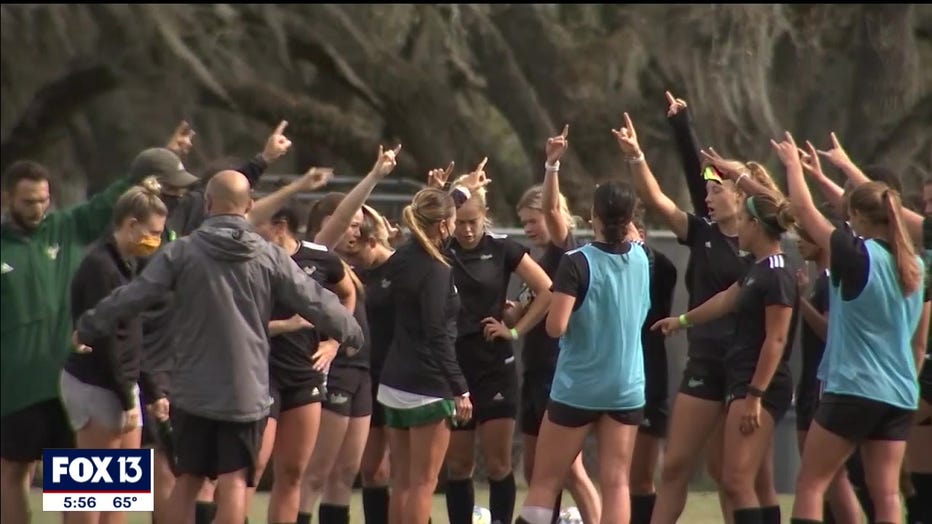 Going long periods of time without facing a shot might make one lose focus.

But not USF goalkeeper Sydney Martinez. The junior has turned back each of the opponents' opportunities.

She's unflappable and un-scored upon.

Martinez is quick to point out the play of the defense as the key to her success.

"I haven’t even had to do much work," says Martinez. "I’ve had to save a ball here and there, but the majority of the time the girls don’t even make it down to me because we have an amazing backline and an amazing team."

The moment is amplified for the goalkeeper when she becomes the last line of defense. And it’s tough to get into the rhythm of the game when you’re not facing a constant barrage.

"If they do get that one shot on goal, I’m like, Just got to have this calm mind, and be like, ‘Alright, I got this!’" says Martinez. "No pressure!"

The Bulls are working on a fourth straight American Athletic Conference title and their fourth NCAA postseason bid since 2017. The Bulls welcome in-state rival University of Central Florida on Sunday.

"We’re excited about it," says Coach Schilte-Brown. "It’s a nice camaraderie between the two schools, it’s a great tradition."

And an opportunity to add another clean sheet.