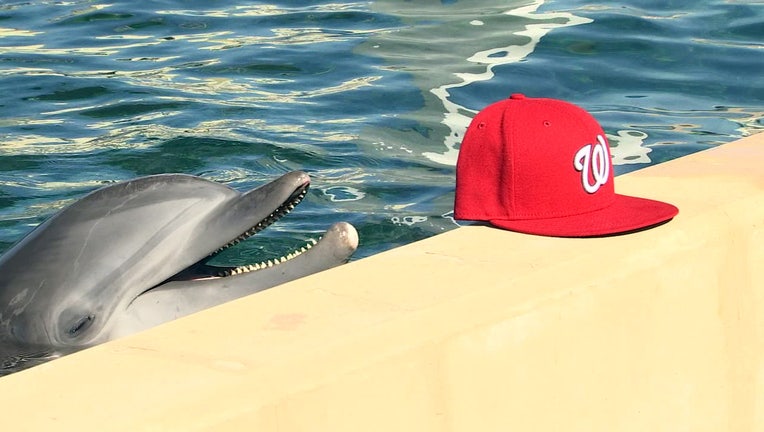 CLEARWATER, Fla. - ‘Nicholas’ the dolphin, one of the rescued residents at Clearwater Marine Aquarium, is weighing in on the World Series matchup.

He made his prediction Tuesday at the aquarium by choosing between two tankside ballcaps. As onlookers cheered, he picked the Washington Nationals. 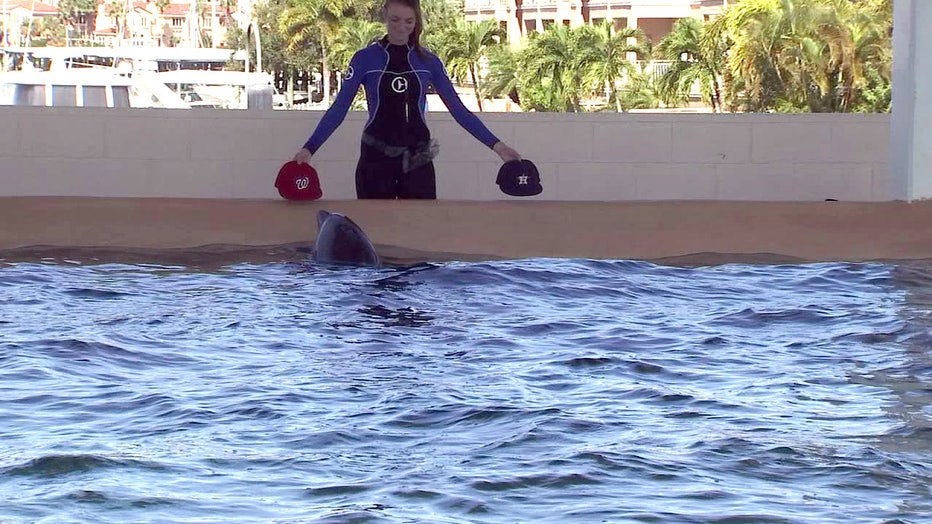 The Nats did their part a few hours later, taking Game 1 from the Houston Astros.

Nicholas is a rescued bottlenose dolphin that was found stranded in 2002 with severe sunburn. He was orphaned and unable to learn necessary survival skills as a calf, so CMA took him in. He was later joined by the famous tailless dolphin ‘Winter’ and others.

Nationals fans may want to hold off on the champagne, though. So far in his sports prediction career, Nicholas is seven for 13.