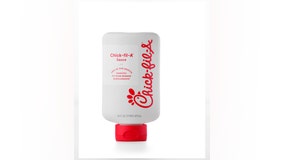 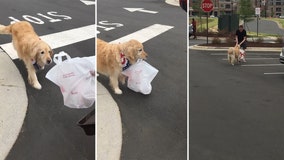 According to her owner, North Carolina golden retriever Ellie is getting quite a kick out of the curbside delivery service Chick-fil-A is offering as the COVID-19 pandemic continues in the US. 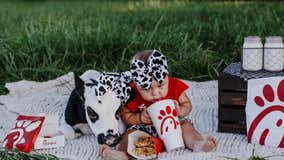 A one-year-old and a baby cow are getting a lot of attention for their adorable, Chick-fil-A-themed photoshoot. 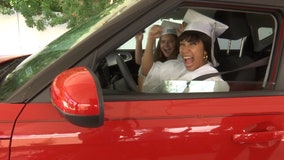 When the Chick-fil-A at Pelican Point in Sarasota found out that graduation ceremonies were cancelled, they decided to plan their own for seniors. 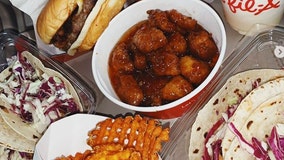 Although the Hawaiian restaurant has been around since 2013, people have been clucking online after a recent TikTok video featured the location. 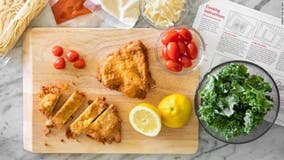 The chicken chain is also ramping up its retail efforts selling bottles of its Polynesian sauces at retailers. 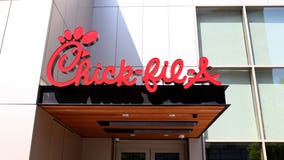 Chick-fil-A said they will temporarily close dining room seating at its restaurants. 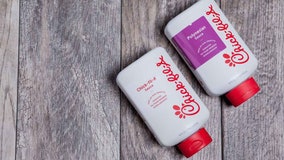 Soon, Chick-fil-A will be selling its special sauce by the bottle. They are testing out the product in Florida stores, starting between April and May. 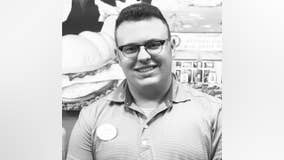 A Chick-fil-A employee is being praised for his good deed after finding $900 and returning the money to the rightful owner. 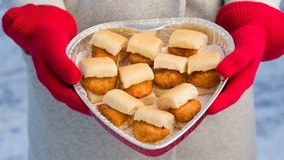 Nothing says love like a heart-shaped box full of chicken nuggets -- so if the way to your Valentine's heart is through their stomach, Chick-fil-A has you covered. 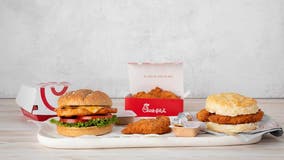 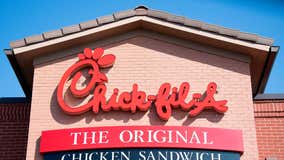 The first Chick-fil-A in the United Kingdom announced it would be shutting down in six months, just days after the popular American fast-food chain made its debut in the country, amid pressures from gay rights activists protesting the chain for contributing millions of dollars to anti-LGBTQ groups. 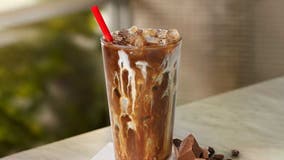 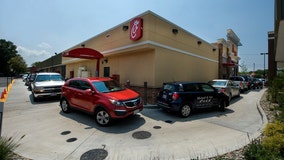 The chicken-centric chain was recently crowned as having America’s cleanest fast-food restaurants in a new survey, but at the same time, the Atlanta-based eatery was denounced for operating the slowest drive-thru in the industry, according to a separate poll. 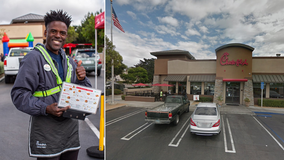 A Chick-fil-A employee working the drive-thru in in Chula Vista, Calif., is being celebrated for springing into action and saving a man's life, an act he credits to his faith in God. 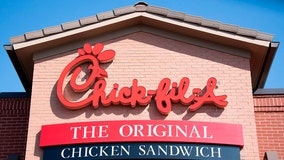 Chick-fil-A's CEO promised to carry on the Christian values of America's favorite restaurant long before he took over in 2013. 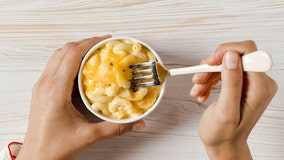 Chick-fil-A has now added mac and cheese to its menu nationwide, making it the first new side since 2016.