How a Tampa Chick-fil-A became a holiday lights destination

TAMPA, Fla. - The switch has officially been flipped at the Tampa Chick-fil-A on Waters Avenue. Nearly one million light bulbs make up the Christmas light display, which has become a Tampa staple during the holiday season -- and it’s a tradition that now spans generations.

Take a drive down Waters Avenue and you won't be able to miss it, a spectacle of flashing bulbs, Christmas songs, and holiday cheer.

Chick-fil-A operator Jason Dittman said they started with a little tree and some garland on the side of the building.

Each year, they’ve added to the display until now, when crowds come from across the Bay Area to take in the sights.

The Chick-Fil-A on Water Avenue in Tampa is well-known for its elaborate Christmas light display and holiday events.

"It's just like the greatest sense of satisfaction and then gratefulness that people actually come and take pictures and might use the pictures in their Christmas cards," Dittman told FOX 13 News.

The operation now spans three generations. As Dittman explains, his father and his sons start assembling and setting up the display in October. 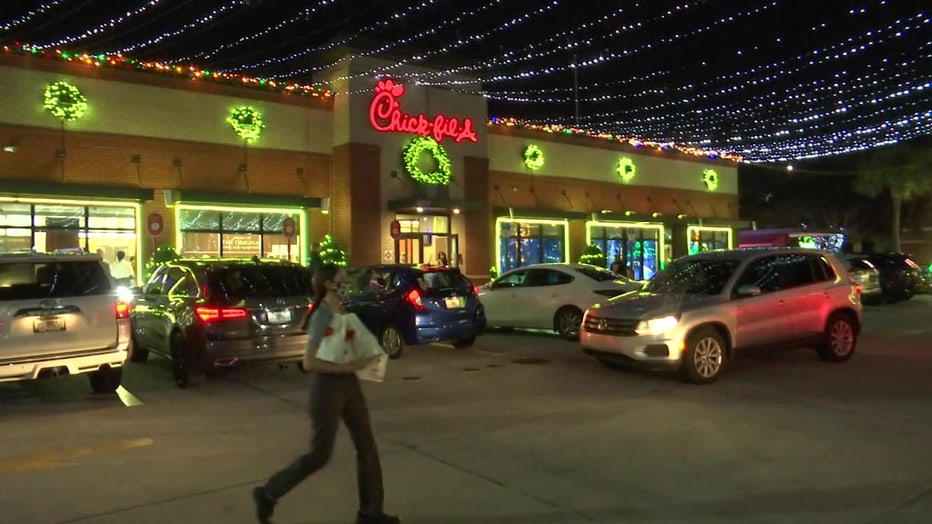 It includes spinning lights which were made from antique gas station signs along with moving characters, lights along all of the bushes, and bulbs wrapping around all the trees from the trunk to the tallest branch.

"It's just amazing. It's amazing. We come out every year. It doesn't matter how far we live we're always here," said Tampa resident Jessica Ramos. 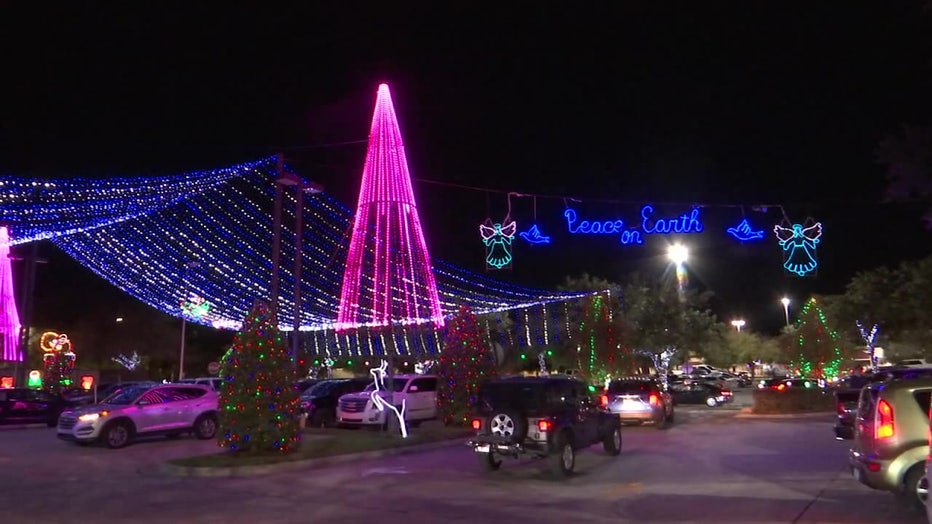 Rampa resident Valerie Rojas added, "The community comes together and the lights are always so festive and my son he loves it."

Monday night was the first night the display went live for the 2021 holiday season. Despite that, Dittman says planning for next year is already underway. 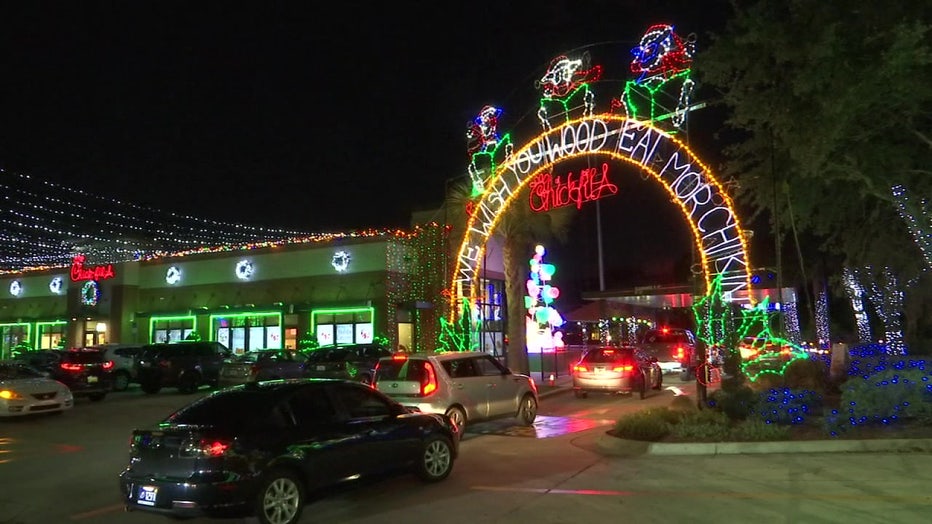 "We love Christmas. We love sharing Christmas with our community and we love when they come out and spend time with us," Dittman said.

You can catch the lights from 6 to 10 p.m., Monday through Saturday, now through the first week in January 2022.